Iceland’s former prime minister has appeared in court, accused of failing to prevent the 2008 financial crisis in the country.

A special court heard arguments on Monday decide if Geir Haarde can be held accountable for Iceland’s banking-sector collapse in 2008.

Haarde asked the court for a third time to dismiss the charges, which he has called a “farce”.

He was one of four former government ministers blamed in a report last year for contributing to the crisis in which all Iceland’s major banks, which at the time held assets equal to 923 per cent of gross domestic product, failed in a matter of weeks.

But parliament voted last September that Haarde was the only one who should be charged with “gross
neglect”, and he will thus become the first person to go before the Landsdomur, a never-before used special court for current and ex-ministers.

A decision whether charges will be dropped is expected within three weeks.

After the two-and-a-half hour hearing on Monday, Haarde told the AFP news agency he was optimistic.

“I’ve always been a very optimistic man,” he said, noting that while “it’s no fun to have to deal with a matter like this … everything has gone well.”

If convicted, he could be sentenced to up to two years in prison if convicted.

Haarde headed the right-leaning Independence Party and held the reins of government from mid-2006 to early 2009 when his coalition was ousted amid public uproar over the crisis.

The bank failure pushed Iceland into a deep recession and sent the value of its krona soaring.

The economy has gradually returned to growth and, observers say, it may not need to draw on the last instalments of an International Monetary Fund bailout. 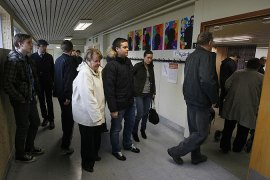 Iceland ‘will compensate for losses’

Britain and The Netherlands to be compensated for losses suffered due to the country’s failed Icesave online bank. 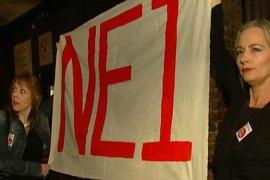