The African Union has refused to explicitly recognise Libya’s National Transitional Council (NTC), in a setback for Libyan rebels who have already been recognised as the legitimate government by more than 40 countries.

Instead, the AU on Friday called for an inclusive transitional government in the North African state that would
also involve officials from Muammar Gaddafi’s side.

“(The) council … calls for the formation of an inclusive transitional government, the establishment of a constitutional and legislative framework for the democratic transformation of Libya as well as for support towards the organisation of elections and a national reconciliation process,” Ramtane Lamamra, the AU Commissioner for Peace and Security, said following a meeting of the body’s Emergency Peace and Security Council in Addis Ababa, Ethiopia.

“(The council) strongly reaffirms that the AU stands with the people of Libya and encourages all the parties in Libya to come together and negotiate a peaceful process that would lead to democracy,” he said.

Jacob Zuma, South Africa’s leader, said the AU would not recognise the NTC as the legitimate government as
long as fighting continued in Libya.

“If there is fighting, there is fighting. So we can’t stand here and say this is the legitimate (government) now. The process is fluid. That’s part of what we inform countries – whether there is an authority to recognise,” Zuma said.

Officials at the talks said the 15-member emergency council was split almost in half between countries that have recognised the NTC and countries who have not.

Gaddafi was one of the main driving forces behind the creation of the AU and was one of its main bankrollers.

“The AU peace and security council is weighted with countries who have backed Gaddafi in the past or owe him favours. They will not recognise the NTC,” one senior Western diplomat with knowledge of negotiations, said.

The NTC declared itself the sole legimitate representative of Libyan people after ousting Gaddafi as Libya’s legitimate government and is currently seeking billions of dollars of seized Libyan assets to be unfrozen to help in rebuilding Libya following six months of war.

A senior official in the transitional government on Friday called on the West to release all of Libya’s frozen assets, as rebel fighters consolidate their grip on the capital, Tripoli.

Mahmoud Jibril’s comments followed a Libyan Contact Group meeting in Istanbul, Turkey and the announcement by the United States and South Africa of a deal allowing the release of $1.5bn in frozen Libyan funds.

The money will be used for humanitarian aid and other civilian needs, according to UN diplomats.

But the South African delegation at the UN said it did not support funds going directly to the Libyan rebel government.

Pretoria insisted that there be no mention to the NTC in the official request for the release of the funds.

Al Jazeera’s Kristen Saloomey in New York said there was “a lot of diplomatic pressure coming from the USA and Britain on South Africans to change their position”.

UN diplomats said the NTC would be involved in deciding how to use the money.

Up to $37bn Libyan assets are still frozen in the US. Susan Rice, the US ambassador to the UN, has said “discussions are under way to ensure more funds are released”. 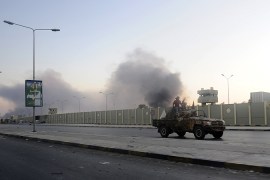 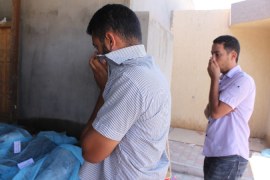 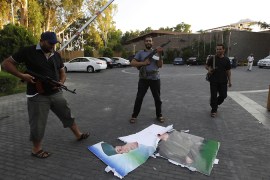 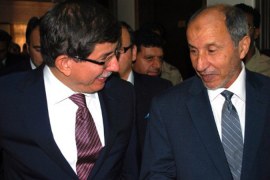