The European Union has issued a stern warning against a deadly flare-up of violence in Kosovo’s Serb-run north, reports Reuters news agency.

Ethnic Serbs set fire to a border crossing post in northern Kosovo on Wednesday, after Kosovo’s government regained control of the post and a second one late on Monday night.

Catherine Ashton, EU foreign policy chief, said in a statement: “I strongly condemn the violence that has taken place in northern Kosovo. These latest developments are unacceptable”.

She said that it is the responsibility of the governments in Belgrade and Pristina to restore peace between the two nations.

Armed Kosovo police units crossed into the ethnic Serb-dominated north on Monday in an effort to station troops in a region that takes its orders from Serbia, news agencies said.

A Kosovo police officer was shot in the head and died on Tuesday and four others were injured during an exchange of gunfire between police and local Serbs opposing Kosovo’s efforts to take control of its border posts.

The same border post was burned down in 2008 by local Serbs after Kosovo declared independence.

The Reuters news agency quoted Serbian negotiators for Kosovo, who are attempting to negotiate a solution to the violence with Kosovo officials and NATO peacekeepers, as saying that Wednesday’s fire was set by criminals trying to undermine talks.

Borko Stefanovic, the chief Serb negotiator, said: “This violent act, an act of criminals and extremists, represents a clear attempt to undermine the process we are pursuing and the attempts to resolve all the issues in a peaceful manner.

“This greatly aggravates the position of Serbs in the north of Kosovo and Metohija and is not contributing to the resolution of the problems which had brought us here in the past couple of days.”

“One act of violence produces more violence. I am afraid we are entering a spiral of violence,” he said.

Armed ethnic Serbs fired at NATO peacekeeping forces in Kosovo on Wednesday in the north.

“The situation deteriorated at the customs post Jarinje and it was confirmed that an act of arson was committed against that position,” NATO peacekeeping mission in Kosovo (KFOR) said in a statement.

“There have also been confirmed reports of shots fired at KFOR personnel in the vicinity.”

The NATO statement did not say whether anyone was injured in the attack or whether KFOR troops returned fire, but said reinforcements had been sent to the border.

Hashim Thaci, the prime minister of Kosovo, justified the police operation on Tuesday, saying it was a “concrete step in establishing the rule of law” in the north.

He said co-operation with the international community was important, but that “the constitution and the sovereignty of my country are sacred for myself and for my countrymen and go beyond any partnership or loyalty”.

At a news briefing, Maja Kocijancic, an EU commission spokesperson described Kosovo’s unilateral action in the region as “not helpful”.

“It was not done in consultation neither with the European Union nor the international community and we do not approve it,” she said.

Though Kosovo seceded from Serbia in 2008, Serbia does not recognise its independence.

To undermine Kosovo’s claim of sovereignty, Serbia has stationed its troops in the northern region and enforced a boycott against goods from Kosovo.

Kosovo wants to assert control over the north and enforce a similar ban on Serbian goods. 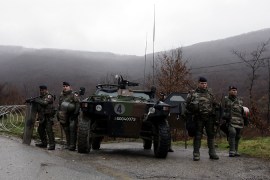 Accords were the first between them since Pristina declared independence three years ago. 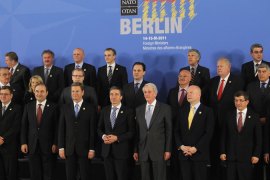 NATO must be trusted and supported in the event of war and conflict, as vulnerable countries have much to lose. 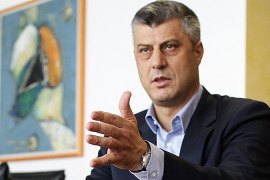 Council of Europe demands probe into claims that Kosovo Liberation Army took part in organ trafficking and other crimes. 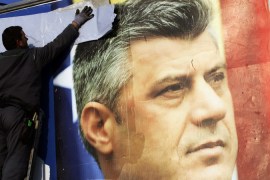