Senegal has called off its decision to extradite Hissene Habre, the former Chadian president, to his homeland to face trial for crimes committed during his rule in the 1980s.

Madicke Niang, Senegal’s foreign minister, said on Sunday that the move followed a request made by the UN high commissioner for human rights.

The deportation, which was scheduled for Monday, would have ended Habre’s 20 years in exile in the central African country after he was toppled in a December 1990 coup by Idriss Deby, the current Chadian president.

Chad’s government expressed surprise, saying it was not consulted.

Earlier in the day, Navi Pillay, the UN commissioner, called on Senegal not to extradite Habre unless he is guaranteed a fair trial and will not be “subjected to torture or the death penalty”.

Habre, 69, has been sentenced to death in absentia by Chadian courts on charges of having tortured and killed thousands of his opponents during his eight-year rule.

For more than 10 years, efforts have been made to seek his trial either in Senegal or another country.

In 2005, a Belgian judge issued an international arrest warrant charging Habre with crimes against humanity after a complaint was filed by Habre’s victims there

Belgium’s foreign ministry issued a statement over the weekend, saying it deplored Senegal’s unwillingness to respect the international tribunal in the Hague and reiterated its request to have him extradited to Belgium.

Reed Brody, a lawyer at Human Rights Watch who has followed the Habre case for years, said he was glad that Senegal has called off the transfer, which he called ill-advised.

“We are glad that Senegal has called off this ill-conceived transfer, but it can’t be a pretext to continue shielding Habre from justice. After 20 years, his victims have a right to their day in court,” Brody said.

“Habre’s extradition to Belgium is now the only option for ensuring that he responds to the charges against him with all the guarantees of a fair trial.”

Belgium, which has launched legal proceedings to ensure Habre remains in Senegal until a case at the International Court of Justice is resolved, also challenged Habre’s return to Chad. 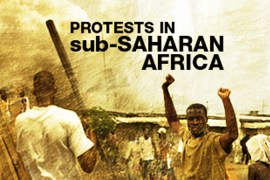 It’s little noticed by the media, but popular unrest and electoral problems have roiled sub-Saharan Africa. 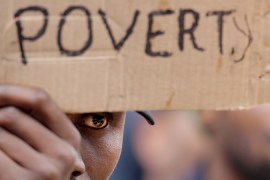 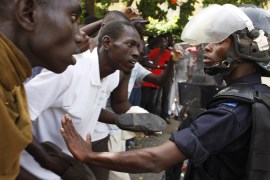