At least nine suspected fighters have been killed after US drones fired missiles at a vehicle and a residential compound in the Kurram tribal agency, in Pakistan’s northwest, according to Pakistani officials.

Al Jazeera’s sources said that in the first of Monday’s two attacks, a vehicle was hit and two suspected fighters were killed.

The vehicle was attacked again but just a few minutes later, as the local tribesmen rushed to a nearby residential compound for safety, a second missile was fired killing another seven suspected fighters.

The identities of the suspected fighters have not yet been established.

The US administration has intensified covert CIA drone attacks in Pakistan’s tribal areas, following the killing of Osama bin Laden, the leader of al-Qaeda, particularly in the North Waziristan region, which is seen as a safe haven for the Haqqani network.

The Haqqani network is described as the most dangerous enemy of US troops in eastern Afghanistan.

The US has repeatedly demanded Pakistan to launch a military offensive in North Waziristan, but the army has not yet met this demand, saying its forces are overstretched and engaged elsewhere in the tribal region.

As a result, US has stepped up its operations in the region and the rare strikes in Kurram, a tribal agency next to North Waziristan, could signify an expansion of these operations.

Monday’s attacks took place in the Khardand area, a stronghold of Fazal Saeed, a local commander of fighters, closely linked to the Haqqani network.

A total of 16 US drone attacks have now been reported in Pakistan’s tribal belt since US commandos found and killed bin Laden in an airborne raid on a compound in the Pakistani garrison city of Abbottabad on May 2.

The US does not publicly confirm the drone attacks. However, these have not only angered the Pakistani public but also caused major tension between the US and Pakistan.

Despite officially condemning drone attacks, some Pakistani officials are belieived to support these in private. And some drones are widely believed to take off from bases inside Pakistan.

But experts say that officials are unlikely to support attacks against the Haqqani network, which has historical ties to the Pakistani government and has focused its attacks against foreign forces in Afghanistan. 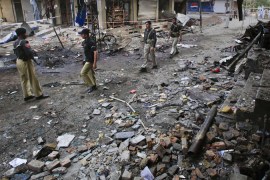 Peshawar targeted in wave of attacks

Pakistani city a magnet for attacks carried out in revenge for Osama bin Laden’s death. 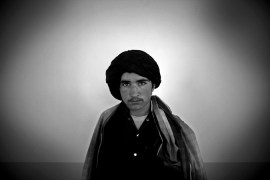 Why the Taliban needs ‘addressing’

Branding the Taliban unworthy of dialogue has acheived nothing – they must be engaged as a legitimate political entity. 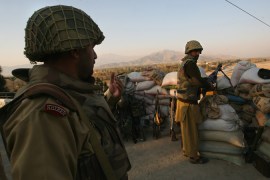