The US-based rights group Human Rights Watch (HRW) made the claim in a report on Wednesday, in which it said officials in provinces with heavy industrial pollution were restricting access to lead testing or falsifying test results.

The report follows China’s latest lead pollution outbreak, after 103 children and scores of adults were poisoned by tinfoil-making workshops in eastern Zhejiang province.

HRW accused officials in four provinces – Henan, Yunnan, Shaanxi and Hunan – of trying to cover up the extent of lead poisoning among local children.

“Local authorities are ignoring the urgent and long-term health consequences of a generation of children continuously exposed to life-threatening levels of lead,” the study, entitled “My children have been poisoned: A public health crisis in four Chinese provinces”, said.

There was no immediate reaction to the report from the Chinese government.

Beijing has vowed to clean up the chronic pollution, but the New York-based rights body said those efforts only go so far in addressing the needs of hundreds of thousands of children it says are suffering from lead poisoning in China.

Lead, especially harmful for children, can lead to learning difficulties and behavioural problems. Often parents who work at the plants bring home extra doses on their clothes and skin.

“I want to know how sick my son is, but I can’t trust the local test results,” one mother from Hunan province in southern China told investigators, according to the report available on the HRW website.

Citizens who complain about the problem face pressure, the rights watchdog said, citing dozens of interviews with parents in areas afflicted by pollution.

“Parents, journalists, and community activists who dare to speak out about lead are detained, harassed, and ultimately silenced,” Joe Amon, health and human rights director at Human Rights Watch, said in a statement.

China is the world’s biggest consumer of refined lead, and battery making accounts for 70 per cent of that consumption, which is likely to grow to 4.1m tonnes in 2011.

Three-quarters of lead-acid battery manufacturing plants in China could be phased out in the next two to three years, an industry body said last month.

Despite those vows, leaders in Beijing have struggled to rein in local officials who put jobs and economic growth ahead of environmental protection, the report said.

Based on 52 interviews, the rights body found that local governments denied the scope of potential poisoning and issued misleading information about the dangers of living close to polluting factories.

Parents were often told that drinking milk or eating garlic and eggs was adequate treatment for lead poisoning, the advocacy group said.

“The doctor told us all the children in this village have lead poisoning. Then they told us a few months later that all the children are healthy. They wouldn’t let us see the results from the tests though,” the report quotes a parent from Yunnan province as saying.

“The government doesn’t want to have to give us anything so they make up the results [of the lead tests],” another parent from Henan province said.

Lead poisoning can build up through regular exposure to small amounts, damaging the nervous and reproductive systems and kidneys, as well as causing high blood pressure and anaemia.

“In villages where lead exposure is highest, a generation of cognitively and physically disabled children will need significant and ongoing support,” the report said.

The group compared the corruption and cover-up of nationwide lead poisoning cases to the high-profile AIDS and SARs scandals that shattered international confidence in China’s public health administration in the 1990s and early 2000s.

“The response to lead poisoning has so far followed this same road, but it is not too late for the Chinese government to take a different approach,” the report said. 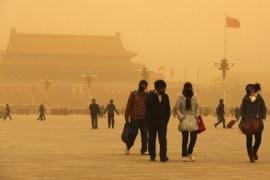 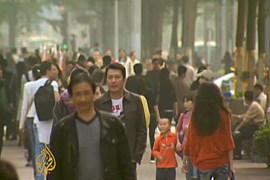 Beijing invests in new ways to tackle the problems caused by industrialisation. 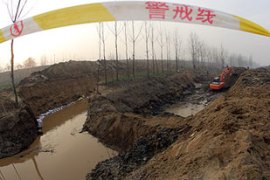 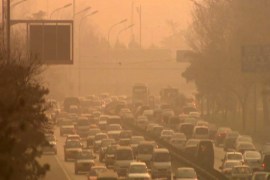