Osama bin Laden was unarmed when he was confronted and shot dead by US forces at his Pakistani hideout, a White House spokesman has said.

Jay Carney said that the US was considering whether to release photos of bin Laden after he was killed on Sunday but that the photos were “gruesome” and could be inflammatory.

The director of the CIA told NBC News on Tuesday that a photo showing bin Laden dead would ultimately be released.

“The government obviously has been talking about how best to do this, but I don’t think there was any question that ultimately a photograph would be presented to the public,” Leon Panetta, the head of the US spy agency, said according to a transcript of the television interview.

Carney said one of bin Laden’s wives had tried to rush the US forces and was shot in the leg.

The White House spokesman said high temperatures had caused one of the helicopters carrying the US forces to make a hard landing at the compound in Abbottabad, a town about two hours north of Islamabad, the capital.

The US commandos swept through the massive compound, handcuffing those they encountered with plastic zip ties and pressed on in pursuit of their target, code-named ‘Geronimo’.

Barack Obama, the US president, and a small team of his officials watched the operation in real time from the White House, but the mission was not run from there, Carney said.

After killing bin Laden, the US team quickly swept the compound for useful intelligence, making off with a cache of computer equipment and documents.

All of that is now in Washington and the analysis of it has begun.

The US commandos also confiscated phone numbers from bin Laden’s body, and those might provide new leads for investigators.

The Taliban in Afghanistan said on Tuesday that they questioned whether bin Laden was actually dead.

“As the Americans did not provide any acceptable evidence to back up their claim, and as the other aides close to Osama bin Laden have not confirmed or denied the death … the Islamic Emirate considers any assertion premature,” Zabihullah Mujahid, a Taliban spokesman, said.

The United Nations’ top human rights official called on the US on Tuesday to give the UN details about bin Laden’s killing and said that all counter-terrorism operations must respect international law.

“This was a complex operation and it would be helpful if we knew the precise facts surrounding his killing,” Navi Pillay, the UN High Commissioner for Human Rights, said in a statement to the Reuters news agency.

It was always clear that taking bin Laden alive was likely to be difficult, Pillay said, noting that US authorities had stated that they intended to arrest him if possible.

“If he was captured and brought before a court, I have no doubt he would have been charged with the most serious crimes, including the mass murder of civilians that took place on 9/11, which were planned and systematic and in my view amounted to crime against humanity,” she said.

Eric Holder, the US attorney general, defended the US operation against bin Laden as lawful.

But some in Europe said bin Laden should have been captured and put on trial.

“It was quite clearly a violation of international law,” former West German Chancellor Helmut Schmidt told German TV. “The operation could also have incalculable consequences in the Arab world in light of all the unrest.” 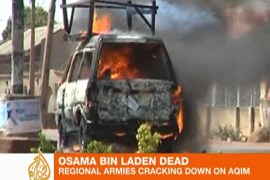 With Osama Bin Ladem’s demise, what becomes of the militant groups in Africa he has inspired? 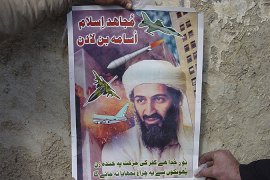 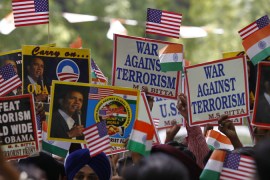 The end of Osama bin Laden

The US claims its biggest and most significant victory in its fight against al-Qaeda since 9/11. 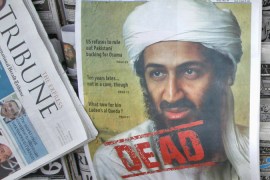 Will the US actions unleash a new wave of revenge attacks around the world?