Eight people have been killed and 19 others wounded after a suicide bomber blew himself up at an Iraqi army checkpoint next to a market in the northern city of Mosul, police and hospital sources say.

A hospital source confirmed the number of dead and wounded and said Saturday’s attack had taken place at a popular market in eastern Mosul, 390km from the capital, Baghdad.

“The suicide bomber exploded himself at the entrance where Iraqi soldiers were manning a checkpoint to frisk people entering the market,” the source said.

Attacks against Iraq’s army and police are rising as they prepare to take full responsibility for security in the country in the run-up to a full withdrawal of US troops by December 31, more than eight years after the US-led invasion of Iraq.

In other incidents on Saturday, fighters detonated bombs at the house of a judge, killing him, his wife and two daughters in Taji, 20km north of Baghdad, according to an interior ministry source.

Fighters using silenced weapons shot dead a policeman who was assigned to provide security for the judge, at the officer’s home nearby, the source said.

The attackers clashed with local residents when they left the house. One fighter was killed and two locals were wounded, the source said.

A US soldier was killed on Friday while conducting operations in southern Iraq, the US military said in a statement. 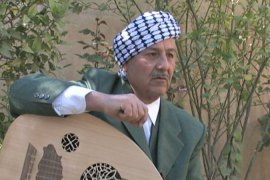 Turkmen fight for identity in Kirkuk 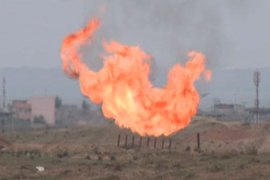 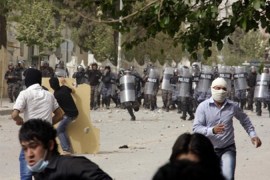 The beginning of a new political landscape for this tumultuous Iraqi region?