Voter registration has begun for Saudi Arabia’s long-delayed municipal elections in what is being touted as part of moves aimed at political and economic reforms.

Registration for what is the country’s second municipal elections opened on Saturday, but women will not be allowed to register after authorities again rejected a proposal to allow females to vote.

That election was heralded as a cautious step towards democratic reform undertaken by King Abdullah, Saudi’s monarch.

But plans for elections in 2009 were shelved and rights groups have connected the announcement for municipal elections this year with growing social unrest in the country, inspired by uprisings across the Arab world.

Hatoon Ajwad Al Fassi, an assistant professor of women’s history at King Saud University in Riyadh, told Al Jazeera that even though women are banned from voting, there had been some moves towards social reform in the country.

“Since the beginning of the trend of elections and this democratic atmosphere that started with King Abdullah since 2005, women have been included,” said Al Fassi.

“Maybe in more junior elections, such as chambers of commerce, job associations and academic societies, women became board members through elections.

“They succeeded as candidates and as voters, except for the municipal elections.”

In Jeddah, a group of women who made a symbolic attempt to register were turned away by the head of the voter registration centre, the AFP news agency reported.

“We want to make our voices heard,” said Nayla Attar, a businesswoman among a small group of activists.

Al Fassi said that since the elections were not scheduled until September there would still be time for the decision to ban women from voting to be reversed.

“We are putting all the pressure that is in our power, bearing in mind that it is not that easy in a country such as Saudi Arabia where freedom of assembly is not allowed and civil society is not yet fully-fledged,” she said.

The 2005 election attracted a large number of candidates, although the winners hold little real political power. 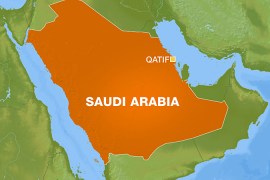 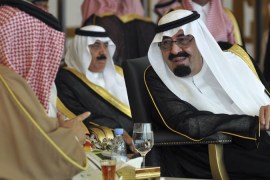 New political rifts have begun to emerge in the region, as the monarchy pushes its own agenda.