Sudan will report Israel to the UN Security Council over an air strike on a car which killed two people near a town in the country’s north-east, a foreign ministry spokesman said on Thursday.

The car was hit on Tuesday about 15km south of Port Sudan, the capital of Red Sea State.

“We have started the process to make an official complaint to the Security Council,” said spokesman Khaled Musa.

“This was a desperate Israeli attempt to damage Sudan’s image and link it to terrorism and illegal practices to derail an understanding with the United States to remove Sudan from the state sponsors of terror list,” read a ministry statement.

The men in the vehicle were identified as Eissa Ahmad Haddab, of the Amrar tribe, and driver Ahmad Jibril. The destroyed car had previously been owned by another Sudanese citizen, who transferred its ownership to Haadab, said investigators.

Newspapers in Israel had been quick to point to their country’s involvement.

“Planes which approached from the Red Sea assassinated wanted men in Africa,” the newspaper’s strapline read.

The attack was also carried that day on the front page of Israel HaYom, a freesheet considered close to Binyamin Netanyahu, Israel’s prime minister, which billed it as “Liquidation in Sudan”.

Other reports suggested Abdul Latif al-Ashqar, reportedly a founder member of Hamas’ “aid and logistics department”, was one of the passengers killed in the attack.

But the al-Ashqar family in the Gaza Strip told Al Jazeera that he was still alive, and Hamas officials also denied any of their members were killed in the attack.

The plane flew in from the direction of the Red Sea, destroyed the vehicle at about 22:00 (19:00 GMT), and returned in the direction from which it came, Mohammed Tahir, the speaker of the Red Sea state parliament, told the AFP news agency on Tuesday.

The Sudanese Media Centre, a news agency reportedly linked to Sudan’s state security apparatus, said the army had responded with missiles but the plane had managed to evade them.

The centre “confirmed it was a foreign plane” but did not say where the plane came from, or where it went, and did not identify the two people killed.

A police official, meanwhile, suggested a missile had been fired from the sea.

Another source said three loud explosions had been heard at the scene, on the road between the Port Sudan airport and the city, 660km north-west of national capital Khartoum.

“We went outside to see what was happening and witnesses told us they saw two helicopters which looked liked Apaches flying past,” they said.

In January 2009, a convoy of suspected arms smugglers was hit by unidentified aircraft, also in Red Sea State.
That attack was also reportedly carried out by Israel – allegedly to stop weapons bound for Gaza.

At least 40 people were reportedly killed in the incident, which was disclosed only two months after it occurred. State media said the death toll was 119.

Mustafa Mundir, a member of Sudan’s parliament quoted by the Sudanese Media Centre after Tuesday’s attack, denied that weapons were transported in the area.

The US maintains a “counterterrorism” base in nearby Djibouti which has been active against al-Qaeda suspects on both sides of the Red Sea, AFP said.

The Palestinian Hamas movement has also reportedly maintained a “base-in-exile” in Sudan, and Israeli officials have expressed concern about suspected arms smuggling through the country. 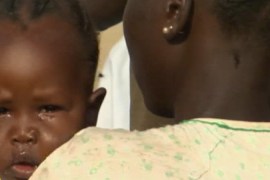 Officials to decide between building a new city or improving Juba. 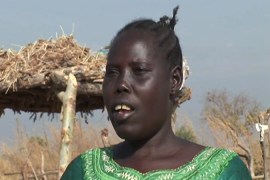 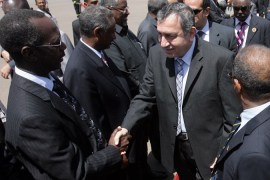