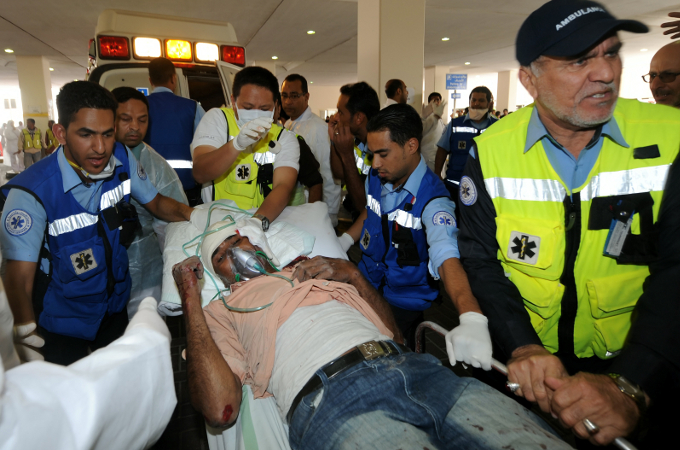 The Bahraini government’s crackdown on protests has “paralysed” hospitals in the country and turned them into “places to be feared”, according to a new report from Medecins Sans Frontieres.

Health facilities in Bahrain have been largely overwhelmed since large-scale protests began in Manama in mid-February. Thousands of protesters, many of them with severe injuries, passed through the hospitals in a matter of weeks, taxing a health care system that was simply unprepared to deal with the influx of casualties.

But making matters worse, the group reported, is the military’s “targeting of health facilities and workers”, which turned the country’s largest health centre into what MSF called an “occupied hospital”.

Many patients, even some with severe injuries, have simply refused to go to the hospital out of fear for their safety, MSF reported.

“Wounds are used to identify demonstrators, restricted access to health care is being used to deter people from protesting, and those who dare to seek treatment in health facilities are being arrested,” the group wrote.

‘They would beat us in the night’

MSF singled out Salmaniya hospital, the country’s largest, as an example of the politicisation of health care in Bahrain.

Opposition protesters routinely sought medical treatment in Salmaniya, not just because of its facilities, but also because it was viewed as a “safe place”.

But that changed in mid-March, after Bahraini security forces cleared the protesters massed in Pearl Roundabout with clouds of tear gas and a hail of bullets.

“The military took over the hospital and established checkpoints with tanks and masked military personnel all around its perimeter,” the group wrote in its report.

“MSF has met different patients in their homes who confirm that they were systematically beaten and intimidated within the ward.”

The Bahraini government has denied attacking patients inside the hospital, insisting that troops were deployed to Salmaniya only to maintain order.

But MSF’s reporting tracks with accounts from eyewitnesses, who told Al Jazeera last month that security forces were roaming the hospital, looking for protesters. Doctors and nurses said that they were beaten up, and that patients were often not allowed to enter or leave.

“I tried to escape from Salmaniya for five days,” one 40-year-old man told MSF. “They would beat us in the night. They called us terrorists. They even ripped off my IV line and pushed me to the floor.”

It seemed a month ago that the thousands of protesters staging daily rallies in Manama were close to winning substantial concessions from Bahrain’s government. Many of the protesters were Shia, and they were frustrated with economic and political discrimination at the hands of the country’s ruling Sunni elite.

But the harsh crackdown on March 16 brought an end to protests in Manama, and the government continues to keep pressure on what remains of the opposition.

The opposition Wefaq group says hundreds of airport workers, most of them Shia, were sacked this week for going on strike to support pro-democracy protesters. Earlier in the week, the government shut down Al-Wasat, the country’s main opposition newspaper, on charges of “unethical” coverage.

Hundreds of people arrested during the crackdown remain missing; several who have been released say they were tortured, often with electric shocks.

The island kingdom remains under a state of emergency, and a heavy security presence has restored calm in the capital. Protests have largely shifted to Shia villages outside of Manama. 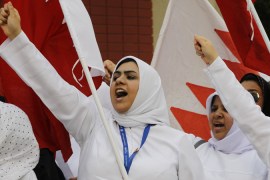 Bahrainis with protest-related injuries are reportedly being kept away from family in a hospital guarded by soldiers. 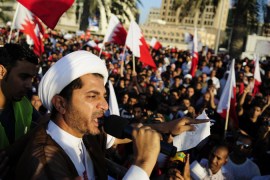 ‘Internal’ tensions in the Gulf region

GCC leaders point at Iran for causing unrest in the region. 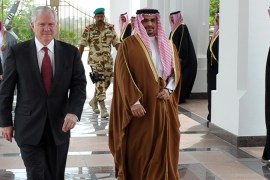 How the tiny kingdom of Bahrain strong-armed the president of the United States. 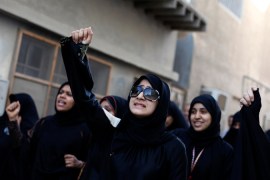