After years of claiming immunity to avoid legal proceedings, Jacques Chirac, the former president of France, is finally facing a court.

The 78-year-old statesman faces a month in court on charges that he masterminded a scheme to have Paris City Hall pay for work that benefited his political party when he was mayor – before he became president in 1995.

Chirac is the first former head of state to go on trial since the country’s Nazi-era leader was exiled.

A prison term is seen as highly unlikely, but in principle if convicted, Chirac could be jailed for up to 10 years and fined $210,000.

France’s restive political circles are gearing up for next year’s presidential race, but the fallout from this trial is unlikely to hit anyone other than Chirac and the nine other defendants including a grandson of General Charles de Gaulle and a former left-wing labor union leader.

Still, the trial looms as an embarrassing coda to Chirac’s 12-year presidential term, potentially denting his legacy, recent philanthropic work and image as one of France’s most popular personalities since he left office. 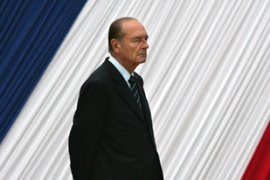 Ex-French president at centre of embezzlement case dating back to his time as Paris mayor. 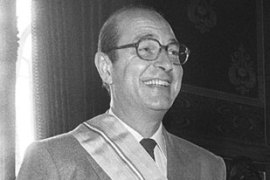 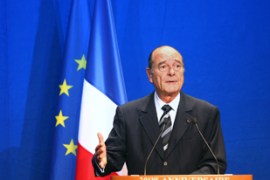 Ex-president questioned by judge over a funding scandal while he was Paris mayor.