Egyptian protesters have stormed the headquarters of Egypt’s state security force in Alexandria, with several people suffering injuries in scuffles with riot police.

Around 1,000 people encircled the State Security Agency building late on Friday, demanding that the officers inside come out or they would storm the building.

Protesters then entered into the building and scuffled with riot police before military forces intervened and took control of the building.

Demonstrators said officers inside had been shredding and burning documents that may have proven past abuses.

Earlier in the evening, witnesses said protesters had thrown petrol bombs at police, who fired live rounds, critically wounding a 26-year-old protester in the chest.

An ambulance medic said shots were fired at the crowd and three people were injured.

The interior ministry denied officers fired on protesters and accused the crowds that entered the building of seizing weapons and holding guards hostage.

The activists, who called the protests were demanding the abolition of the state security apparatus and an end to emergency laws.

Egypt’s internal security services and police forces, which were given a free hand to suppress dissent under the rule of ousted president Hosni Mubarak, remain to be a powerful symbol of the former regime.

Activists say security agencies arrested and tortured thousands of activists and killed many during the 30 years Mubarak stayed in power.

Ismael Alexanderani, a journalist and protester at the scene in Alexandria, told Al Jazeera that a minority of protesters were seeking “revenge” against the security forces, as several political activists who were present at the demonstration had been arrested or tortured inside the building earlier.

He said that while state security forces did use live ammunition against protesters, they did not aim for their heads, necks or chests.

In an address to pro-democracy campaignersin Cairo’s Tahrir Square earlier in the day, Essam Sharaf, the newly appointed prime minister, said the state security apparatus must work for the good of the people.

The case of a 28-year-old Alexandria businessman allegedly beaten to death by two policemen in June last year set off months of small-scale protests and became a rallying point for a campaign against brutality by the police and security services.

A Facebook page started in memory of the man, Khaled Said, was used to send out the first call for the 18 days of mass protests which forced Mubarak to step down.

On Friday, the supreme military council which now rules the country, announced that a referendum on constitutional changes to allow for competitive parliamentary and presidential elections will be held on March 19. 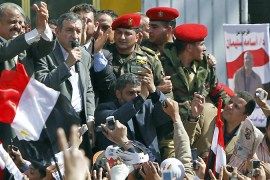 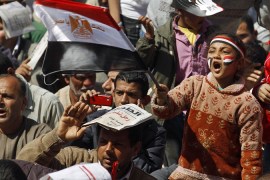 What now for Egypt’s revolution?

Hundreds of demonstrators continue to gather in Tahrir Square in a bid to force further change. 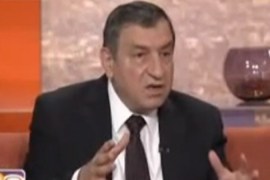