Gaza’s ministry of health said on Thursday that the men killed overnight were fishermen who were working with their nets on the shore.

The Israeli army also said in a statement that the men were “militants” plotting to plant explosives.

“Overnight, an IDF force identified a number of Palestinian militants approaching the security fence in the northern Gaza Strip, in an attempt to plant explosive devices.

“Thwarting the attempt, the force fired at the militants, hitting three of them,” the statement said. Residents said they had heard gunfire in the area.

Adham Abu Selmiya, a spokesman for the Hamas-run emergency services, told the AFP news agency that the men died after being hit by a tank shell and machine gun fire in an area called Al-Waha, which lies close to both the shore and the northern border with Israel.

Israel often carries out strikes against Hamas-ruled Gaza. Increased tensions over the Gaza border have raised concerns about a new Israeli invasion of the coastal enclave like the devastating 22-day offensive which began at the end of December 2008.

Around 1,400 Palestinians were killed in the operation, more than half of them civilians. Thirteen Israelis, 10 of them soldiers, also died. 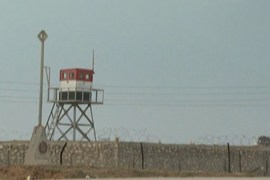 Political unrest in Egypt has led to heightened tensions along the country’s Gaza border. 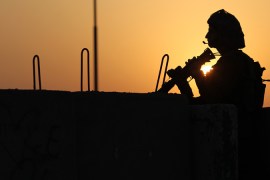 Israeli soliders have killed a Palestinian man they say charged a West Bank checkpoint with a pipe bomb. 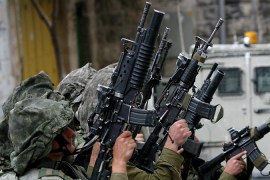 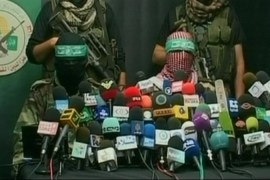