Iranian authorities have clamped down on opposition groups ahead of a planned protest.

Riot police have been deployed on the streets of Tehran to challenge any pro-Egypt marches, which officials fear could turn into demonstrations against Iran’s ruling system, reports said on Monday.

“There are dozens of police and security forces in the Vali-ye Asr Avenue … they have blocked entrances of metro stations in the area,” a witness told the Reuters news agency.

Witnesses said anti-riot police on motorbikes armed with shotguns, tear gas, batons and fire extinguishers were stationed around the capital to prevent gatherings.

According to a reformist website the phone lines of Hossein Mousavi, the opposition leader, have been cut and his house cordoned off by police cars.

Mousavi and Mahdi Karroubi, a fellow opposition leader, have been under house arrest since last week, with Iranian authorities refusing a request by them to stage Monday’s rally.

“It seems these newly-set restrictions are aimed at preventing Mousavi and his wife [Zahra Rahnavard] from attending the rally,” his website Kaleme said.

Despite backing uprisings across the Arab world over the last month, the Iranian government has refused to allow protests in the country, fearing a repeat of the unrest following the June 2009 disputed elections.

However, several groups have said they will stage a rally later in the day to support ongoing protests in Arab nations.

The renewed protests coincided with plans for demonstrations across the Gulf in tiny Bahrain, which has cultural and religious ties to Iran because of its majority Shia Muslim population. 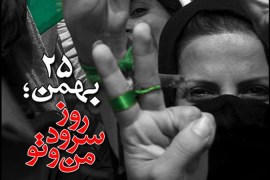 Calls said to be made for anti-government rallies apparently inspired by events in Tunisia and Egypt. 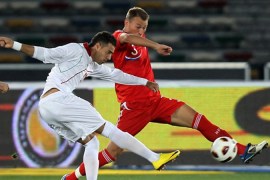