Anti-government protests in Shia villages around Manama, the Bahraini capital, have left several people injured and one person reported dead.

Demonstrators had called for Monday’s ‘Day of Rage’ after apparently being inspired by the recent uprisings in Egypt and Tunisia.

Helicopters circled over Manama on Monday where demonstrators had been due to gather but which
remained quiet as security forces patrolled Shia areas.

Clashes in Shia villages near the capital left more than 20 people hurt, one of them critically, witnesses said.

Khalid Al-Marzook, a Bahraini member of parliament, told Al Jazeera that one person had been killed and that three others were in critical condition in hospital following the violence.

The marchers were demanding the release of those detained during earlier protests.

Speaking to Al Jazeera, Nabeel Rajab of the Bahrain Centre for Human Rights (BCHR), said: “We are only asking for political reforms, right of political participation, respect for human rights, stopping of systematic discrimination against Shias.

“All the demands are to do with human rights and nothing to do with the ruling family and their regime.”

He warned that if the government resorted to violence then the people might be forced to demand a complete change of those in power.

Maryam Alkhawaja, head of the foreign relations office at the BCHR, said that the protesters included young members of both the Shia and Sunni community.

“We call on all Bahraini people – men, women, boys and girls – to share in our rallies in a peaceful and civilised way to guarantee a stable and promising future for ourselves and our children,” activists said in a statement issued on Twitter.

The Bahraini ruling family had offered cash payouts in the run-up to the protest to prevent discontent from bubbling over as popular revolts spread in the Arab world.

Diplomats say Bahrain’s demonstrations, organised on the social media websites Facebook and Twitter, will be a gauge of whether a larger base of Shias can be drawn on to the streets. The big test will be if demonstrations take hold in Manama, where demonstrations are rare.

Shias account for 70 per cent of the population but they allege discrimination at the hands of Bahrain’s Sunni rulers.

Big protests in the Gulf Arab island state could embolden other marginalised Shias in nearby Saudi Arabia, political analysts say. 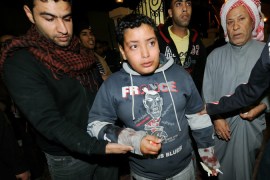 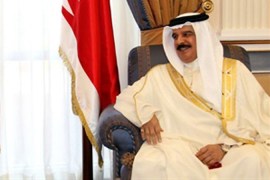