Statement of Egypt’s Supreme Council of the Armed Forces

In view of the successive developments by which the fate of the country is determined, the continuous monitoring of internal and external events, decisions taken to delegate the president’s powers to Omar Suleiman, the vice-president, out of a belief in national responsibility to maintain stability and security of the homeland, the council has decided to ensure the implementation of the following measures:

– Immediate end of the state of emergency as soon as current circumstances end and settlement of appeals submitted following the presidential election concerned measures. Implementation of necessary legislations. Holding free and fair elections in light of the constitutional amendments.

– The Egyptian armed forces are committed to undertaking the legitimate demands of the people and seek to achieve them through following up the implementation of these measures in a timely manner, precisely and firmly until the peaceful transition of power to reach a free society to which people aspire.

– The armed forces affirm they would not prosecute honourable people who refused corruption and demanded for reform, and warn against harming security and safety of the nation and citizens. They also affirm the need for regularity of work at state facilities, and return of normal life to preserve property of our great people. May Allah protect the homeland and citizens”. 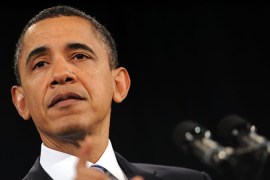 US and EU say Egyptian leader’s pledge to transfer some powers to his VP falls short of “concrete path to democracy”.