South Sudan has officially voted to secede from the north after the results of a January referendum showed a landslide vote for independence.

Official figures released on Monday showed that 98.83 per cent of voters from the south chose to secede from the north.

The results, displayed at an announcement ceremony in Khartoum, revealed that out of 3,837,406 valid ballots cast, only 44,888 votes, or 1.17 per cent, favoured the status quo of unity with the north.

The event in the Sudanese capital was attended by Omar al-Bashir, Sudan’s president, and Salva Kiir, the southern leader.

“Today we received these results and we accept and welcome these results because they represent the will of the southern people,” al-Bashir said on state television.

His comments reflect the economic dependence between the two: southern Sudan, which is rich in oil, cannot export its oil resources without using a pipeline that runs through the north.

It has been seen as the climax of the 2005 peace deal, which set out to reunite the country and instil democracy.

A formal declaration of independence will be made on 9 July.

Al-Bashir, who campaigned against secession, has surprised many commentators with a series of positive remarks about the south in recent weeks.

According to his spokesman, Ban urged the governments in both Sudan and South Sudan to “build on the momentum generated by the successful conduct of the referendum to reach an agreement on post-referendum arrangements, including Abyei”, the oil-rich region to which both sides lay claim.

Barack Obama, the US president, congratulated the people of Southern Sudan for a “successful” and “inspiring” referendum in a statement shortly after the results were announced.

“I am therefore pleased to announce the intention of the United States to formally recognise Southern Sudan as a sovereign, independent state in July 2011,” he said.

In Juba, the southern capital, small celebrations have been taking place.

“This is our day for freedom. We are ready to celebrate all night long,” Santino Machar, a student, was quoted by the AFP news agency as saying.

“Today I don’t fear war anymore, it is the past … Our leaders have made friends with the north, but for me, I can never forgive them for what I have seen,” Riak Maker, 29, told the Reuters news agency.

“I don’t hate them now, but I never want to see them again.”

Despite the celebratory mood, Al Jazeera’s Haru Mutasa, reporting from Juba, said uncertainties remain over the north and south’s economic and political stability.

“It was expected that most Southerners would vote to separate from the North, but the overwhelming numbers of people who did so is amazing for people here in the South,” she said.

“The results show how desperately and urgently people here have wanted to split. The main hope for the people is that perhaps if they govern themselves they will be able to develop a region that they feel has been neglected for many decades by officials in the North.

“It is going to be a huge challenge for the officials and time may be against them. People here have high expectations, they want schools, they want hospitals, they want basic services like running water – this takes money and help from the international community.”

Sudan is almost entirely dependent on oil revenues and has struggled to find other sources of incomes.

Al-Bashir is still being sought by the International Criminal Court over charges he orchestrated genocide in Darfur. 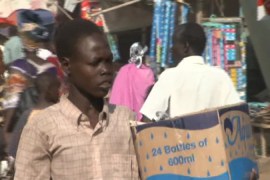 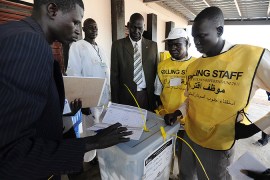 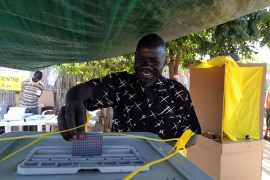 More than 99 per cent voted in favour of secession from the north in January referendum, preliminary results show.