One of the most shocking revelations of The Palestine Papers obtained by Al Jazeera relates to the demographic and territorial concessions that the Palestinian Authority was willing to give on Jerusalem. 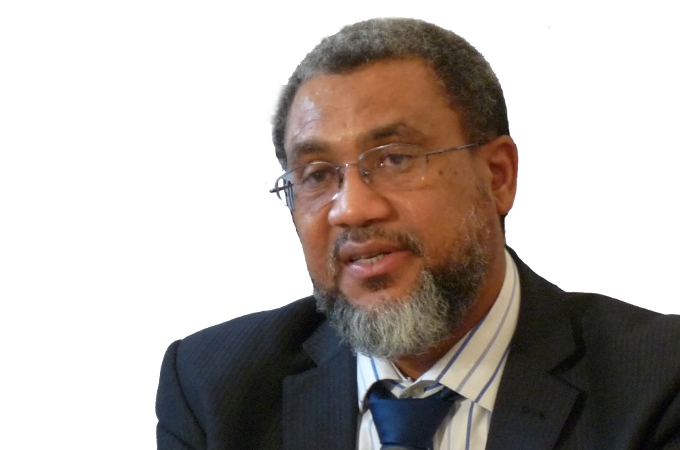 The papers show that not only did PA negotiators demonstrate a willingness to accept Israel’s annexation of all the settlements in Jerusalem, except Jabal Abu Ghneim (Har Homa), but that they were also willing to disown parts of the besieged Arab neighbourhoods in the city. Worse still, Saeb Erekat, the chief negotiator, displayed clear “flexibility” regarding the sovereignty on the Haram al-Sharif.

As Ahmed Qurei described the PA’s concessions on East Jerusalem settlements, this was “the first time in history that we make such a proposition; we refused to do so in Camp David.”

For their part, the Israelis, during negotiations in 2008, refused to return to the point at which the Camp David talks collapsed in July 2000. Udi Dekel, the head of the Israeli team, pointed this out in a May 29, 2008 meeting with Samih al-Abid, the PA’s map expert:

“Since 2000, something happened in those 8 years. So we are not at the same starting point. You started a terror war on us and we created facts on the ground. This is the reality that we live in today, so we can’t go back to Camp David. Circumstances changed considerably since then.”

“I will not betray my people”

The first time the two sides ever discussed the status of occupied East Jerusalem – and, in particular, its holy sites – was at Camp David in 2000. Under international law, Jerusalem (including the Haram al-Sharif/Temple Mount) is regarded as part of the illegally occupied Palestinian territories. Notwithstanding, Israeli prime minister Ehud Barak and Palestinian president Yasser Arafat attempted to negotiate the issue during their Camp David summit. Several participants in the controversial talks confirm that their failure to resolve the status of the Old City’s holy sites contributed to its acrimonious collapse.

At Camp David, the Clinton administration’s proposal was premised on a general principle that “Arab areas are Palestinian and Jewish areas are Israeli.” However, the proposals on the Haram were exceedingly problematic: They seemed to recognize Israel’s sovereignty under the Haram. Other aspects of the proposal seemed to prepare the conditions for Palestinian enclaves within the city, all separated from each other. But the Israelis, unlike the Palestinians, seemed set to maintain contiguity.

Realizing the dire consequences of such an outcome, Arafat rejected the offer and defended the Palestine Liberation Organization’s unwillingness to compromise on the sovereignty of the Haram. His was a principled position that quickly earned him the scorn of Israelis and Americans alike – though universal support at home, and throughout the Islamic world.

In what was by all accounts a bruising encounter, Arafat told Clinton, “The Palestinian leader who will give up Jerusalem has not yet been born. I will not betray my people or the trust they have placed in me. Do not look to me to legitimize the occupation! Of course, it can continue longer, but it cannot last forever.”

The Palestine Papers show that ten years later the leadership of PLO, now substantially weakened and fragmented, was prepared to deviate from the red line laid down by Arafat. At least one member of its executive committee, Saeb Erekat, has demonstrated this willingness to show “flexibility” on the Haram.

Saeb Erekat, the chief negotiator of the Palestinian Authority, has suggested unprecedented compromises on the division of Jerusalem and its holy sites, The Palestine Papers show.

Whether he made the following overtures to win the admiration of his American counterparts, or merely to break the deadlock created by the extremist Netanyahu government, it is not clear; what is absolutely clear, though, is that the proposed tinkering with the legal status of the Haram al-Sharif is dangerous and unprecedented. Despite the obvious the risks entailed, Erekat nonetheless, made this “creative” suggestion on October 21st 2009 during a meeting in Washington. He told Obama adviser David Hale and State Department legal adviser Jonathan Schwartz:

“Even the Old City can be worked out except for the Haram and what they call Temple Mount. There you need the creativity of people like me…”

When Schwartz asked whether they were to discuss Jerusalem with the borders or separately, Erekat replied:

“It’s solved. You have the Clinton Parameters formula. For the Old City sovereignty for Palestine, except the Jewish quarter and part of the Armenian quarter…the Haram can be left to be discussed – there are creative ways, having a body or a committee, having undertakings for example not to dig.”

It is evident from this exchange that; whereas Arafat had rejected the Clinton parameters, the current Palestinian team (led by Erekat) is prepared to accept it.

Furthermore, he conceded that the Jewish Quarter and part of the Armenian Quarter would be under Israeli sovereignty. By so doing, Erekat was, in effect, moving the current Armistice [“Green”] Line, which is currently far away from the Haram al-Sharif and outside the Old City, to rest exactly at the Haram’s walls. (It must be recalled that when the Jewish Quarter was confiscated by the Israelis on 18 April 1968, only 105 of the 595 houses were owned by Jews.)

More alarmingly, Erekat’s suggestion of “a body or a committee” to solve the issue of the Haram demonstrated his unreserved flexibility over the sovereignty of the Haram itself. It indicates it is not a red line any more.

To highlight the extent of the PA’s offer on Jerusalem, Erekat on January 15, 2010 told George Mitchell’s staff: “What is in that paper gives them the biggest Yerushalaim in Jewish history…”

From the beginning, Erekat was well aware of the acute sensitivity of the issue of the Haram to Arabs and Muslims. He confirmed this to US assistant secretary of state David Welch after the Annapolis meeting on 2 December 2008, when he said that, to the Saudis, “Jerusalem is the Haram.”

It is notable in The Palestine Papers that even Condoleezza Rice realised the extreme sensitivity of the Haram, telling the Palestinian and Israeli negotiators in a July 29, 2008 meeting that on the Haram “your children’s children will not have an agreement.” She called on both sides to” leave it unresolved.”

But the chief Palestinian negotiator appeared totally disconnected from his own people, as well as his wider Arab and Muslim constituency, when he made this “creative” overture about Old City and the Haram. He apparently, was so consumed by the negotiations that he became oblivious of the import of his remarks among Arabs, Muslims and – most of all – his own people. Even among some Israelis this seemed infantile; as Israeli lawyer Daniel Seidemann observed in a recent article, “any attempt to construe the API (Arab Palestine Initiative) in a manner that falls short of “full-stop” Palestinian or Arab sovereignty on the Haram/Mount would be an exercise in self-delusion.”

Dr Daud Abdullah is the director of the Middle East Monitor – an independent media research institution founded in the United Kingdom to foster a fair and accurate coverage in the Western media of Middle Eastern issues and in particular the Palestine question.