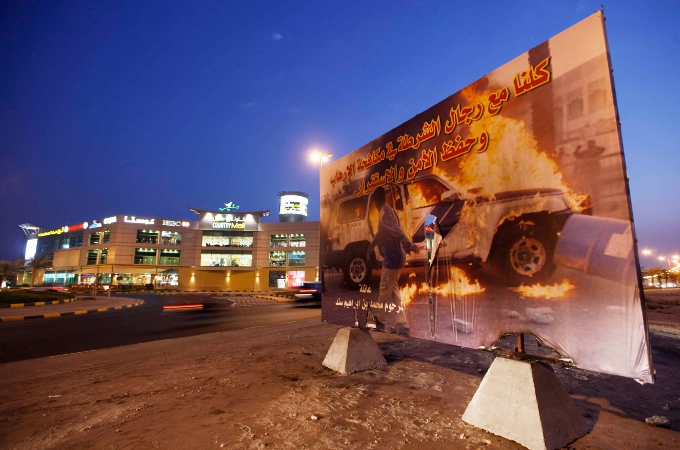 Human rights groups and activists in Bahrain say the government’s recent crackdown on opposition leaders is motivated by a desire to reassert itself ahead of parliamentary elections next month.

Bahrain’s public prosecution announced terrorism charges on Sunday against 23 activists, including Abduljalil al-Singace, the head of the Haq opposition movement, and Ali Abdulenam, a prominent blogger and Shia political activist. As many as 250 people are believed to be in prison in connection with the arrests, which began in mid-August.

Abdul-Rahman al-Sayed, an official with the public prosecution office, called it a “sophisticated terrorist network with operations inside and outside Bahrain,” and accused it of plotting a “systematic and layered campaign of violence.”

The government has presented little evidence to back up its claims, though, and the accusations have been roundly dismissed by activists, who accuse the government of arresting and intimidating its political opponents.

Still, the attacks have sparked violent protests across Bahrain, with demonstrators burning tyres, throwing Molotov cocktails and attacking police officers. Bahrain’s government has sought to portray the arrests as a public safety issue, and the detainees as a fringe group bent on causing unrest. Khalid al-Khalifa, Bahrain’s foreign minister, said on Monday that “no one will be arbitrarily arrested or unfairly treated”.

Several human rights activists warned that the arrests could set off a “return to the 1990s,” a reference to several years of sectarian unrest. Shia Muslims represent 70 per cent of Bahrain’s population, but the government is Sunni-dominated, and the Shia community has long complained of discrimination in employment, housing and public services. 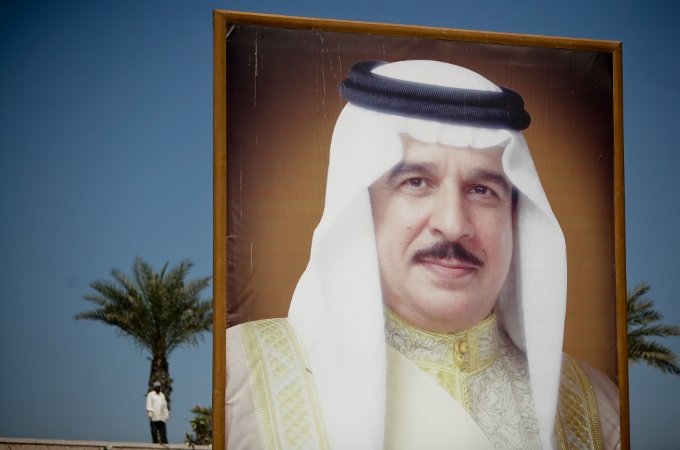 The unrest of the 1990s largely died down after Sheikh Hamad bin Isa al-Khalifa, the current king of Bahrain, became emir in 1999. Al-Khalifa promised a wave of reforms: He issued a decree allowing Bahrainis to form political organisations, and created a 40-member national assembly to be elected by popular vote.

A decade later, though, critics say some of those reforms were merely cosmetic. Nabeel Rajab, the president of the Bahrain Centre for Human Rights – an organisation that has long advocated for political reforms – said the government failed to deliver on many of its promises.

“People thought they could work with this government,” Rajab said. “But now they’ve realized that it promised reform but didn’t deliver… the government tried to get the opposition inside the system, but the opposition realised it couldn’t operate freely because of repressive laws.”

Indeed, many of the reforms have been modest. The national assembly is balanced by a Shura Council, an upper house whose members are appointed directly by the king; and the royal family retains control of key ministries. Freedom of speech and political expression are limited. And Shia communities complain that they are still the target of discrimination.

Said Boumedouha, a researcher at Amnesty International, said that the government’s slow movement on political reform reflected divisions within the royal family.

“People rallied behind [the king], and he seemed genuine at the time,” Boumedouha said. “But there are elements within the government who… I don’t think they wanted radical transformation, radical reforms.”

Activists in Bahrain say the new crackdown threatens to undo the relative calm that has prevailed since al-Khalifa announced his reforms. 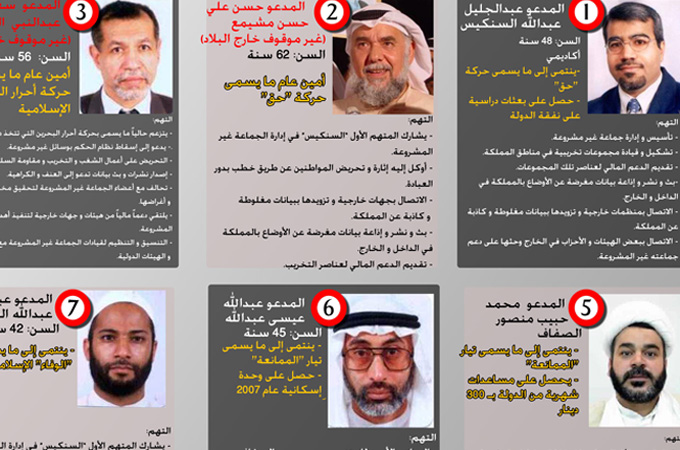 Al Jazeera spoke with several political activists in the kingdom, all of whom asked to speak anonymously because they feared repercussions. Bahrain’s government has largely barred local media from reporting on the crackdown.

“The state media have tried to create sectarian tensions by smearing the people who were arrested,” one activist said.

Several Bahraini newspapers, including Al-Watan, published lists of people allegedly involved with the “terrorist cell,” including several – like Rajab – who have not been arrested or charged.

In a statement, Bahrain’s interior ministry denied that Abdulemam and the other detainees were arrested because of their political views.

“Any assumption that Mr. Abdulemam has been arrested purely on the basis of any political views he may hold is entirely inaccurate,” the ministry said. “[It] is connected solely to evidence of his involvement with senior members of the terrorist network… authorities are continuing to investigate the full extent of Mr. Abdulemam’s involvement in the terrorist plot.”

All of the activists argued that Bahrain’s upcoming municipal and parliamentary elections, scheduled for October 23, were a factor in the timing of the arrests. A number of the people detained are prominent members of the Haq movement, which boycotted the last elections in 2006 and has been pushing for a broader Shia boycott in 2010.

“The pro-boycott movement had been gaining strength over the last few months,” another activist said.

Some of the detainees have accused the government of torture, including beatings, sleep deprivation, and being suspended from the ceiling. The detainees have not been able to speak publicly; the allegations have come mostly from their attorneys, who were allowed to meet with them at the public prosecution office.

The government has not responded to the torture allegations, but al-Sayed, the public prosecution official, said the people arrested will be detained “fully in line with international standards.”

Allegations of torture are hardly new in Bahrain: Human Rights Watch held a press conference in the kingdom earlier this year to promote a report that it said documented “serious human rights abuses”.

But Boumedouha, the Amnesty researcher, said he was surprised the government detained and interrogated such prominent members of society. The list of detainees includes several religious figures in addition to politicians and activists.

“This is an escalation. The people are prominent community leaders; for them to be treated like this, that’s significant,” Boumedouha said. “Normally it’s the young 20-to-25-year-old activists who are arrested.”