Violent clashes in Sudan’s Darfur region have left more than 40 people dead this week, according to international peacekeepers.

Citing witnesses at refugee camps where the fighting took place, it said violence elsewhere in the area left nearly 40 people dead earlier in the week.

The clashes come less than two weeks after the UN Security Council called for the demilitarisation of refugee camps in Darfur, which serve as a temporary home to hundreds of thousands of displaced people.

Chris Cycmanick, a spokesman for the UNAMID mission, said the latest clashes occurred in the Hamidia refugee camp in West Darfur on Friday night and continued intermittently until morning.

Other clashes took place at a local marketplace on Thursday, although it was not immediately clear what sparked the violence.

Ibrahim al-Helw, a spokesman for a Darfur rebel group in the area, blamed government-allied gunmen for the fighting.

He claimed more than 80 people, including women and children, were killed in the attack, and saiod that the fighters then whisked the dead bodies away in a truck.

Cycmanick said peacekeepers had been unable to reach the market area until Saturday because rebel fighters turned their patrols away.

The peacekeeping force was later able to verify from witnesses that 37 people were killed and 30 were injured.

UN officials remain concerned about the presence of weapons and armed groups inside the camps.

Fighting between the Sudanese government and rebel groups has at times been fuelled by anger over attempts to revive peace talks, although negotiations have stalled because of a lack of trust.

Violence in Darfur began with a 2003 rebellion by groups who accused the government of neglecting the vast desert region.

The conflict has left up to 300,000 people dead and forced 2.7 million to flee their homes, many to camps in Sudan’s vast western region, according to UN figures. 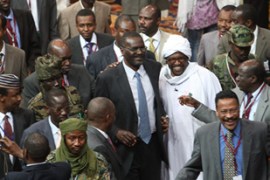 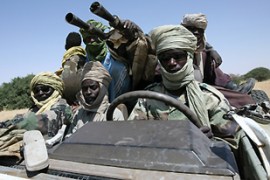 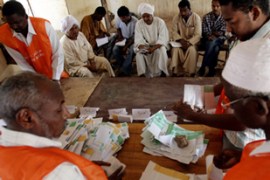