Engineers in Chile have assembled a faster drilling machine for the operation to rescue 33 miners trapped underground since August 5.

The arrival of the new machinery, which will be used to enlarge an existing supply shaft, brought new hope to relatives camping day and night outside the mine.

Onlookers waved flags as a procession of honking lorries and vehicles carrying the new drill and equipment arrived in the northern town of Copiapo on Saturday.

The new drill is to be used parallel to another, slower one already working. A third operation, involving a football-pitch-size oil drilling platform to drill a third rescue shaft, was also under way.

“We’ve got three alternative plans: plan A is up and running, plan B… should be starting on Sunday, and plan C is in the works so that by September 18 [Chile’s Independence Day] a third option is up and running,” Andres Sougarret, the rescue operation’s chief engineer, said.

“For now, we’ve got those three alternatives, but we’re still dealing with a three to four month timeframe for the rescue,” he said.

The miners have been told salvation is more than two months away, but not given a precise date.

Earlier this week, rescuers started drilling a 66 centimetres-wide shaft through which the miners will be pulled out one at a time.

The second drill will initially be used to enlarge the supply chute to a diameter of 30 centimetres.

The process will allow teams of nutritionists, doctors and the miners’ relatives to send larger objects down to the men.

Engineers are also examining whether the supply chute could be enlarged further, giving rescuers a second potential rescue route.

Doctors and psychologists have been deployed to the site to limit the physical and psychological effects of prolonged isolation deep underground.

A group of Nasa officials advising the rescuers recommended the miners be given extra doses of vitamin D, to compensate for the lack of sunlight, an adequate exercise regimen and activities to keep them busy.

They also suggested rescuers “improve the lighting conditions so there’s an ambiance of day/night,” Michael Duncan, a doctor at the US space agency, said.

The Chilean Navy said it is building a special metal cage or capsule in which the miners, one by one, will make their hour-long ascent to the surface when the rescue tunnel is finished.

“The capsule must provide oxygen, communications, light, video link and a harness to secure the person to prevent him from using his legs while he is being pulled to the surface,” Sergio Sandoval, a senior Navy officer, told 24 Horas television channel.

Sebastian Pinera, the Chilean president, said soon a cable with a video-link would be lowered so the men can watch a live broadcast of a friendly soccer match between Chile and Ukraine next week. 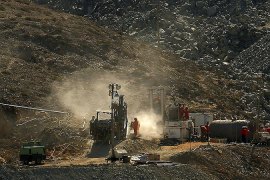 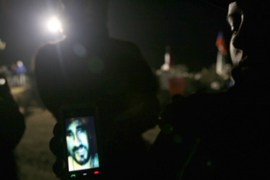 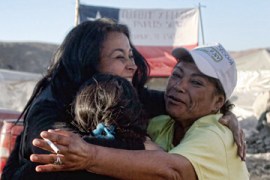 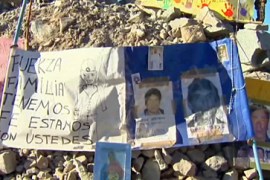