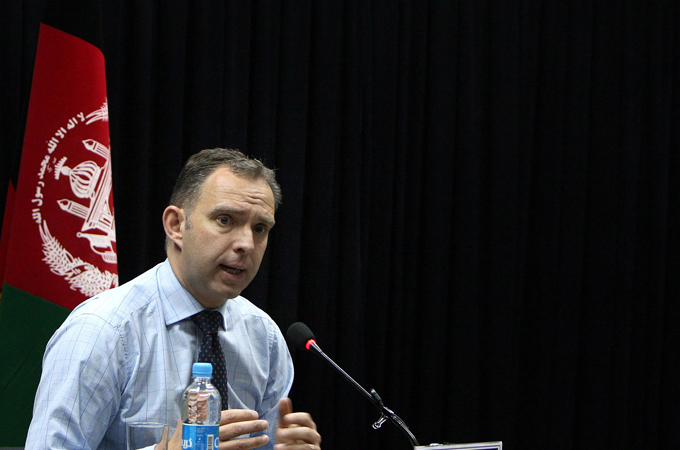 Reconciliation talks with the Taliban are still at an “embryonic” stage, according to Nato’s top civilian official in Afghanistan.

Mark Sedwill praised the steps taken by Hamid Karzai, the Afghan president, to reach out to insurgents, calling them a “genuine effort”. He also suggested that senior members of the Taliban have shown a willingness to talk as well.

“There are significant leaders there who seem to be weary of the fight and seem to be willing to contemplate a future within the mainstream,” Sedwill told reporters in Washington.

But Sedwill also cautioned that the Taliban is “unlikely… to enter into a major political negotiation,” and said talks with the insurgency would be slow.

“Essentially, we’re at the embryonic stage,” he said. “The channels of communication are open. I wouldn’t, at this stage, say that we’ve reached the point of real negotiation.”

Sedwill did not identify any senior Taliban members who have reached out to the government.

General David Petraeus, the commander of US and Nato forces in Afghanistan, has also claimed recently that the Taliban is interested in reconciliation. He said earlier this month that talks have occurred “at a very senior level”.

Afghan officials have been more hesitant in their descriptions: Waheed Omer, a spokesman for Karzai, said earlier this week that the Taliban figures involved in talks “can’t be characterised as the movement’s senior leaders”.

Karzai on Monday appointed a high-level commission to lead talks with insurgent groups. The 68-member body includes a number of former warlords, including Abdul Rab Rasoul Sayyaf and Ismail Khan. Only eight of its members are women, and large swaths of Afghan civil society were excluded.

Omer said the council would “broker peace through negotiation and reconciliation. It was the product of the “peace jirga” held in Kabul in June, a conference at which Afghan political and religious leaders agreed to start a dialogue with armed groups.