Ban Ki-moon, the UN secretary-general, has warned Sudan that two looming self-determination votes, which could see the breakup of Africa’s biggest nation, must be “peaceful” and “free of intimidation”.

At the start of a meeting at the United Nations headquarters in New York on Friday, Ban said that the international community has “clear expectations” about the polls.

“We expect the referendum to be peaceful, with an environment free of intimidation and infringement of rights … we expect both parties to accept the results and to plan for the consequences,” Ban said.

The UN chief said the “stakes are high for Sudan, for Africa and for the international community”.

“The Sudanese people cannot afford a resumption of conflict, we must all assist them in finding a peaceful way through one of the most important passages in their country’s history,” Ban said.

According to diplomats and UN officials, preparations are hopelessly inadequate for the self-determination votes in South Sudan and the small region of Abyei, due to be held on January 9, and Friday’s meeting aims to pressure the Khartoum government to get the process back on track.

Voter registration has not started and may now not be ready on time, according to diplomatic sources.

Meles Zenawi, Ethiopia’s prime minister, said issues that still must be addressed include the demarcation of potential borders between north and south.

“Sudan is the most important issue of war and peace in Africa,” he told the meeting. “If we fail, it will be a catastrophe for the whole continent.”

Some diplomats suspect Omar al-Bashir, the president, has been deliberately dragging his feet over the referendum.

The referendums are part of the 2005 peace accord which brought an end to two decades in a civil war between the north and south, which left about two million people dead.

The US, Britain and Norway last week sent a letter to Sudanese leaders urging them to make sure the referendum date is maintained.

International leaders fear that if the vote is delayed, the southern Sudan government could declare unilateral independence, sparking a new conflict.

Salva Kiir, a former southern rebel leader who serves as first vice-president in Sudan’s unity government while also leading the autonomous government in the south, called for international support for the election process.

“Now, as the greatest moment of our history approaches, it is up to all of us to ensure that the referendum is conducted without delay or reservations,” he said. “With your help I’m confident we can achieve our common goals.”

Barack Obama, the US president, reiterated Ban’s warning about the need to respect the will of the Sudanese people as he addressed the UN meeting.

“At this moment, the fate of millions of people hangs in the balance. What happens in Sudan in the days ahead may decide whether people who have endured too much war, move towards peace or slip backwards to bloodshed,” he said.

“The will of the people of South Sudan and the region of Abyei must be respected, regardless of the outcome.”

Ali Osman Taha, Sudan’s second vice-president representing the north, told the meeting that the Khartoum government would accept the outcome whatever it might be.

“The outcome of the referendum will be accepted by our government,” he said.

The New York-based Human Rights Watch (HRW) said it was concerned about impunity for human rights violations by security forces across Sudan, restrictions on civil and political rights, and the treatment of minority groups throughout Sudan.

The two parties to the peace agreement – the ruling National Congress Party (NCP) in the north and the south’s ruling Sudan People’s Liberation Movement (SPLM) – should state publicly that they will not expel each other’s minorities in the event of secession, HRW said ahead of the summit. 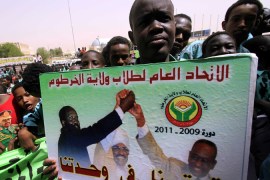 How Sudan muzzles its media

Politicians in both the north and south are running intimidation campaigns against journalists ahead of referendum. 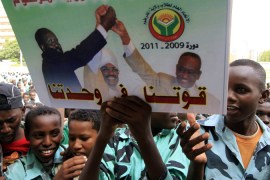 We look at how the results of the referendum could impact the rest of the war-ravaged country. 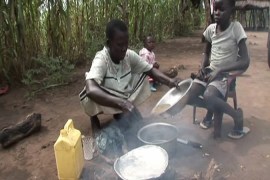 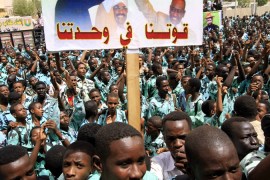 With four months to go until a referendum on self-determination, Africa’s largest country is at an historic crossroads.