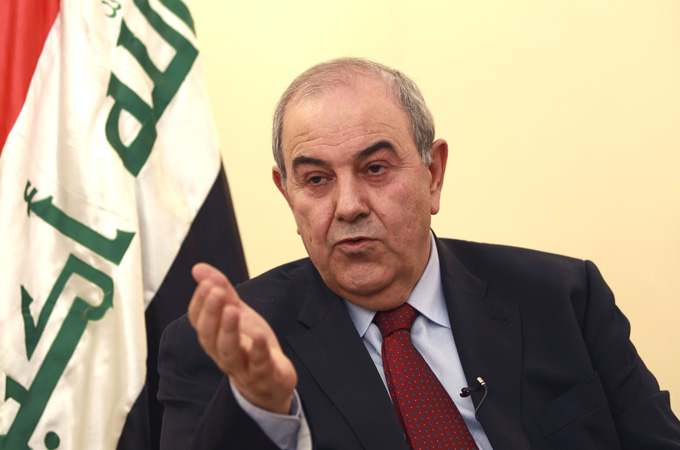 The head of Iraq’s largest political coalition has once again ruled out participating in any new government headed by Nouri al-Maliki, the current prime minister.

Iyad Allawi, the leader of the Iraqiya bloc, repeated a threat he has made several times in the past, saying in a statement on Friday night that an al-Maliki-led government is something which “cannot be repeated”.

Al Jazeera’s Rawya Rageh, reporting from Baghdad, the Iraqi capital, said “this is not the first time that we hear Iraqiya voicing complaints, but these were certainly the strongest words yet, since the March 7 elections. These are some very serious threats.”

Iraqiya won 91 out of 325 seats in Iraq’s parliamentary election in March, the largest share for any bloc. But it has struggled to form a governing coalition, in part because al-Maliki’s State of Law bloc has allied itself with the Iraqi National Alliance, a predominantly Shia coalition.

Those two formed a bloc called the National Alliance. But the coalition’s leadership is also divided on whether al-Maliki should receive a second term as prime minister. Adel Abdul-Mahdi, a current vice president, has been suggested as a compromise candidate.

The National Alliance said on Tuesday that it would decide within five days who it would nominate as prime minister.

The Aswat al-Iraq wire service reported on Friday that the National Alliance had reached a “preliminary agreement” to re-nominate al-Maliki, but similar reports in the past have proved to be premature.

Osama al-Nujaifi, a senior member of Iraqiya, said earlier this week that his bloc “would not recognise” the National Alliance, and urged al-Maliki to push for a broader coalition government.