Vladimir Putin, Russia’s prime minister, has called for peace and co-operation over the Arctic as five nations move to stake their claims over the region’s mineral riches.

“We have heard futuristic predictions threatening a battle for the Arctic … but we are carefully tracking the situation in the region, and we clearly see that the majority of scary scenarios about the Arctic do not have any real basis,” he told an international conference in Moscow on Thursday.

Russia, the US, Canada, Denmark and Norway have already laid claim to territory, which is believed to hold one quarter of the earth’s untapped oil and gas reserves.

But there is fear that competing claims may turn the Arctic into the next battleground.

Putin and representatives of other Arctic nations have all stressed at the two-day forum that they expected the United Nations to rule on their rival claims.

“Very serious economic and geopolitical interests intersect in the Arctic, but I have no doubt that all the problems existing in the Arctic, including problems over the continental shelf, can be resolved through an atmosphere of partnership,” Putin said.

On Wednesday Olafur Ragnar Grimsson, Iceland’s president, called for “Cold War” tensions between the countries to end, saying: “Countries should not discuss territorial claims against each other, but engage in dialogue.” 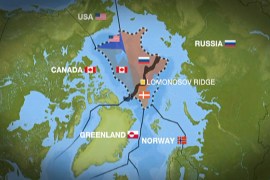 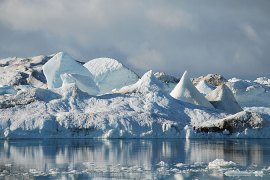