Tens of thousands of people have been ordered to evacuate islands off the eastern coast of the United States, as Hurricane Earl closes in on a large swath of the Atlantic region.

Authorities issued mandatory evacuation orders for visitors of North Carolina’s barrier islands, where Earl, a powerful category four storm, was on course to wreak havoc as it moves north.

The eye of the storm was located about 740km south of the island of Cape Hatteras in the Outer Banks, a narrow band of North Carolina barrier islands, at 0600 GMT on Thursday, the US National Hurricane Center said.

With sustained winds of 330km, Earl was expected to reach the state’s coast later on Thursday, when a “dangerous” storm surge was due to raise water levels by up to 91 to 152 cm.

“The surge will be accompanied by large and destructive waves,” the centre warned on its website, adding that large swells associated with the storm “will likely cause dangerous surf conditions and rip currents” through the weekend.

On the 5-point Saffir-Simpson scale used by the centre, a category four storm carries a warning that “catastrophic damage will occur” with a high risk of structural damage.

Barack Obama, the US president, has signed a declaration of a state of emergency for North Carolina, opening the door to federal assistance for the state.

But some residents said they hoped to remain. Matt Propst, a local business owner, said he was hopeful he would be able to keep his company’s operations up and running, despite the storm.

“Hopefully, it’s going to miss us. They say it’s going a little bit north, but a one degree change could completely change the course of the hurricane,” he told the Reuters news agency.

“Hopefully, no broken windows, hopefully the boat will stay at its dock, we won’t lose that, we’re gonna probably take up the jet skis and that sort of thing. 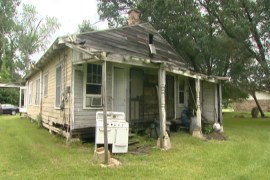 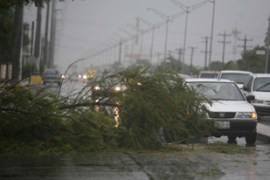