Hurricane Igor has weakened to a Category 1 storm but remains on course for a direct hit on the island of Bermuda.

Residents were bracing for driving rain, dangerous winds and a powerful storm surge on Sunday as Igor was sweeping across the Atlantic Ocean.

The US National Hurricane Centre said Igor, now given the lowest grade on the on the five point Saffir-Simpson, was packing maximum sustained winds of 144km per hour.

Igor was located about 440km south of the British overseas territory early on Sunday. US forecasters said it would pass over or near the island at night or early Monday.

Residents have boarded up windows and stocked up on supplies such as gas, food and candles as forecasters said Igor was “expected to remain a dangerous hurricane”.

It was expected to produce a dangerous storm surge with as much as 22cm of rain and large, destructive waves and flooding in coastal areas.

Ewart Brown, the prime minister of Bermuda, said on Saturday that people were scared and would continue to pray as Igor was heading towards the island.

While the storm still had a Category 2 rating, he warned residents to prepare for “one of the worst hurricanes to ever threaten our shores”, and urged them to “continue to pray that once again we will be spared”.

“Our country and our people have throughout our history rarely faced the full fury of a storm of this magnitude,” Brown said in the capital, Hamilton, after moving from his waterfront residence.

“It’s being referred to as a killer storm, a monster storm, and although sometimes we realise that some of this might be done for television or radio value, we take it seriously.”

The rocky island, which is a hub for the global insurance industry, is one of the world’s most isolated yet densely populated islands.

Bermuda’s buildings are some of the most weatherproof in the world, weather forecasters and analysts say, which could help mitigate any storm damage.

However, the government’s emergency agency has warned residents to prepare for a similar impact from Igor as the island experienced from the 2003 Hurricane Fabian, which killed four people and caused millions of dollars of damage.

Igor is one of several storms that have formed in the Atlantic this hurricane season. 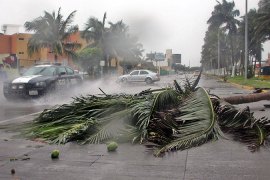 Two killed before hurricane weakens to tropical storm as it moves inland over Mexico’s central and southeast gulf coast. 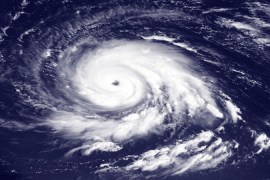 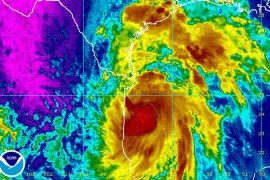 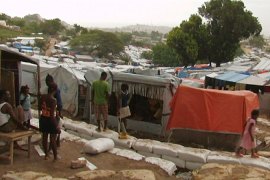