The number of children who die before reaching their fifth birthday has fallen by a third since 1990, the United Nations Children Fund has said.

But the rate of decline is still way off a globally agreed target set to be met by 2015, Unicef said in a report on Friday.

The deaths are increasingly concentrated in India, Nigeria, Democratic Republic of Congo, Pakistan and China. The highest rates were in sub-Saharan Africa, where one in eight children dies before their fifth birthday.

“The good news is that these estimates suggest 12,000 fewer children are dying each day around the world compared to 1990,” Unicef said in a statement.

“However the tragedy of preventable child deaths continues. Some 22,000 children under five still die each day, with some 70 per cent of these deaths occurring in the first year of the child’s life.”

The United Nations Millennium Development Goal 4 calls for a two-thirds reduction in the mortality rate among children under five between 1990 and 2015.

World leaders are due to meet in New York next week to take stock of the Millennium Development Goals, which were agreed a decade ago and aimed at drastically reducing poverty and hunger.

According to a recent World Bank report, one of the major goals – halving global poverty by 2015 – is likely to be met, but there has been far less progress towards meeting the goals of reducing hunger and malnutrition, improving gender equality, access to health care and education and helping mothers and their babies.

According to a summary of the findings in The Lancet medical journal, countries that made the most progress in tackling child mortality rates did so because of rapid expansion of basic public health and nutrition services such as immunisations, breastfeeding, vitamin A supplementation and provision of safe drinking water.

A US study also published in The Lancet on Friday said giving young women an education resulted in saving the lives of more than four million children worldwide in 2009.

Using statistical models, the researchers found that for every extra year of education women had, the death rate for children under five dropped by almost 10 per cent.

In 1970, women aged 18 to 44 in developing countries went to school for about two years. That rose to about seven years in 2009, the study, funded by The Bill & Melinda Gates Foundation, said. 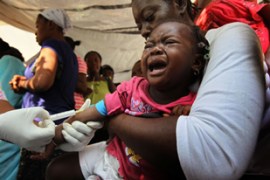 ‘Maternal mortality on the decline’ 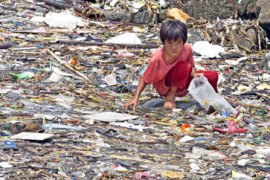 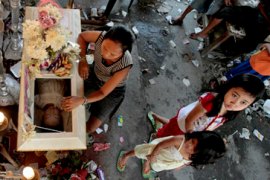 Save The Children says cost of saving millions of infants is less than people think.