Binyamin Netanyahu, the Israeli prime minister, has said the current restrictions on the construction of Israeli settlements in the West Bank will not remain in place, though there will be some limits on future construction.

Israel’s 10-month freeze on new settlements construction in West Bank expires at the end of this month and is a key point of contention in newly launched peace talks with the Palestinians.

“The Palestinians demand that after September 26, there will be zero building [in the West Bank] will not happen,” Netanyahu told Tony Blair, envoy of the Quartet of Middle East peace mediators, on Sunday.

He said Israel would not build “tens of thousands of housing units that are in the pipeline, but we will not freeze the lives of the residents.”

The prime minister did not provide details or timelines, but his statement means the ban on new housing starts would be at least partially lifted.

Netanyahu is to meet with Mahmoud Abbas, the Palestinian president, on Tuesday for their first meeting since peace talks resumed at the White House earlier this month.

Netanyahu imposed the settlement slowdown in the West Bank to promote the resumption of peace talks. But several thousand housing units already being built were allowed to continue, and the measure does not apply to Jewish neighbourhoods in east Jerusalem.

Abbas has threatened repeatedly to quit the talks if Israel does not renew the restrictions.

Palestinians repeated their threats to leave the talks after Netanyahu’s announcement.

“Should the settlement construction and expansion continue, we are out.”

“I hear them saying ‘two states’ but I do not hear them recognising two states for two peoples,” he said.

Palestinian leaders have refused to recognise Israel as the state of the Jewish people because some 20 per cent of its citizens are Arabs, and the Palestinians claim the right of refugees and their descendants to return to their homes in Israel. 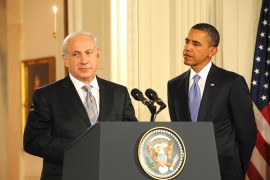 US president says moratorium on Israeli settlement construction should be extended beyond September 26 expiry date. 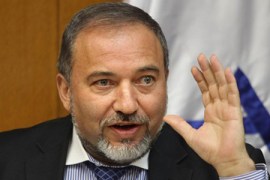 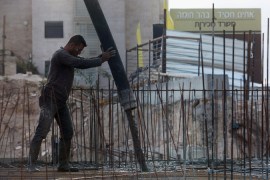 Defence minister says settlement slow down is unlikely to continue in its current form after September 26 deadline. 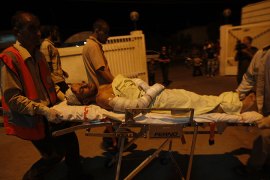