Saturday’s reported deal comes after week-long negotiations with RIM in a bid to have the device conform to Saudi laws.

Though the Blackberry ban was supposed to be enforced from Friday, users said they only experiended disruptions for about four hours during the day.

The brief Saudi shutdown came five days after the United Arab Emirates announced it would block Blackberry email, web browsing and messaging services in October if RIM did not comply with “local laws”.

Hillary Clinton, the US secretary of state, announced earlier the US will engage in technical discussions with the UAE to avoid a Blackberry ban.

India, Lebanon, Algeria and Indonesia have all raised similar national security concerns about their lack of access to Blackberry data.

Blackberry information, such as emails and text messages, are stored in encrypted form on servers in Canada, where the manufacturer RIM is based.

Philip Victor, a data security advocate, told Al Jazeera that RIM and the foreign governments concerned need to find a way to rework the balance between privacy and accessibility.

“How do we ensure the bad guys aren’t using it for purposes that could harm the country?” he said.

RIM shares rose 3.5 per cent to $54.93 on Saturday after the Saudi deadline to shut off its messaging service lapsed, Bloomberg reported. 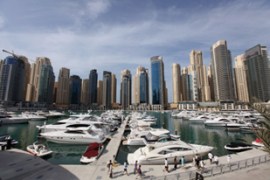