He also expressed support for an ongoing rapprochement with Russia, the eastern neighbour with which post-communist Poland’s relations have sometimes been tense.

“There will be no stable development in our region without the co-operation of Russia,” the 58-year-old said.

Komorowski takes on a role with symbolic weight but limited real powers, though he will have the power to veto laws and have a say over the country’s military missions abroad.

The most important of those missions is that in Afghanistan, which Komorowski has said he hopes to end in 2012.

Several MPs had died alongside Kaczynski when the plane carrying a high-level delegation crashed on its way to a memorial service for Polish war victims in the Russian city of Smolensk.

The deceased parliamentarians seats were still empty during Friday’s inauguration ceremony, with photographs of them and flowers in their places.

Komorowski said that despite the grief the plane crash unleashed, it also revealed the resilience of the young democracy only 20 years after it threw off communist rule.

“Smolensk was our common tragedy and our common mourning,” he told a gathering that included both houses of parliament.

“It also showed us all that our society, constitution and democracy, can rise to such a situation.

“The order which we have built over the last 20 years in Poland managed to maintain the continuity of power and to honour the memory of the victims with dignity.”

Komorowski is a former parliamentary speaker and leading member of the governing Civic Platform party. 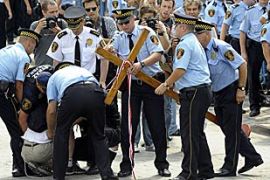 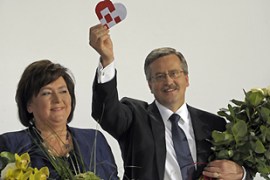 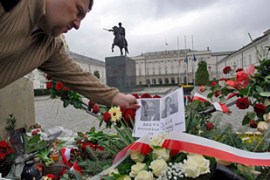 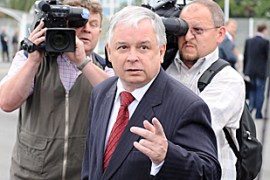 Senior government officials among 96 killed as jet goes down in heavy fog in western Russia.