Isaf said that five people were killed in one attack, while two more died in the other incident.

The explosions bring the number of US soldiers who have died in Afghanistan this month to 49.

Al Jazeera’s Rosiland Jordan, reporting from Washington, said the roadside attacks which were “perhaps one of the hallmarks of the Iraq war,” were now becoming “a key factor in the expanded war in Afghanistan”.

She said: “We know that it is in the southern part of the country where US forces have been increasing their numbers in the past eight months per order of the [US] president Barack Obama.

“Anytime there is an introduction of more troops into an area US military officials say that we can expect to see more casualties.

“This does not help an administration that is fighting an unpopular war.”

About 2,050 foreign troops have been killed since the war began, more than 60 per cent of them Americans.

Foreign military casualties have reached record levels this year, with more than 470 troops killed so far compared with 521 for all of 2009.

Violence in Afghanistan is at its worst since the Taliban were overthrown by US-backed forces in late 2001. 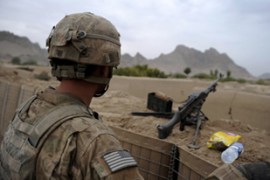 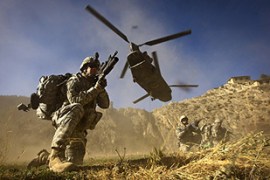 At least 21 fighters killed during attack on two foreign bases in eastern Afghanistan. 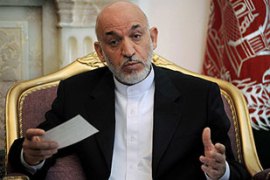