The Palestinian president has warned that Israel would be to blame if resumed direct talks with Israel failed over the Jewish settlements issue.

Mahmoud Abbas said in a televised speech on Sunday that “the Israeli government alone will bear the responsibility of threatening these negotiations with collapse and failure if it continues settlement expansion in all its forms in all the Palestinian lands it has occupied since 1967”.

“We support the need of Israel and our people for security, but this cannot be a pretext to justify settlement activities and taking away other people’s land and rights.”

The Palestinians have earlier threatened to pull out of the direct talks due to begin on September 2 in Washington, unless Israel extends the self-imposed freeze on West Bank settlement building, which expires on 26 September.

Abbas, who repeatedly stated that he does not believe Binyamin Netanyahu, Israel’s prime minister, is ready for peace, said: “We hope that we can find in Israel a partner capable of taking fundamental and responsible decisions towards ending the occupation and guaranteeing true security for the Palestinian and Israeli people.”

Meanwhile, Silvan Shalom, Israel’s vice prime minister, told Reuters news agency that he viewed Palestinians’ calls for a further freeze before the talks began as “unacceptable” and voiced concern the demand could trigger a crisis in Israel’s pro-settler government and lead to an early national election.

“[Netanyahu] told us today there will be no decision on September 2 about freezing settlements.”

Avigdor Lieberman, the Israeli foreign minister, earlier this week voiced confidence the Israeli cabinet would not extend the freeze.

The United States opposes settlement expansion but has stopped demanding Israel to extend the moratorium.

Instead, it has urged both Israel and the Palestinians not to take measures that could jeopardise the negotiations and said the settlement issue would be raised in next week’s talks.

Israel’s policy of building settlements on occupied Palestinian land is the most contentious issue in negotiations, the first since they were broken off 20 months ago when Israel launched its deadly offensive on the Gaza Strip.

The most recent survey, a July poll from the Jerusalem Media and Communications Centre, found that 52 per cent of Israelis favour restarting construction when the freeze ends; 42 per cent supported extending the moratorium.

The International Court of Justice had deemed the settlements built in territory Israel captured in a 1967 war as illegal. While Israel disputes this, the Palestinians argue that the extension of settlements is depriving them of land they need for a viable, contiguous state.

Abbas is facing internal opposition from Palestinian factions, especially Hamas, for agreeing to return to the negotiating table.

Hamas group, which rules Gaza and has a significant presence in the West Bank, rejects any contact with Israel. Other Palestinians criticise Abbas for not securing Israeli concessions in advance of the talks. 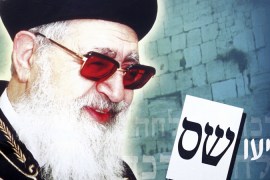 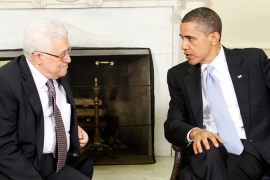 ‘Bullied’ but not surrendering

US may have forced the PA to the negotiating table but Palestinians will not submit. 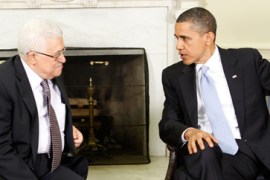 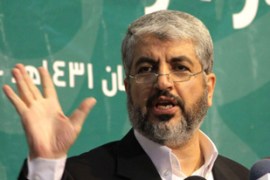 Exiled Hamas leader says negotiations with Israel are a blow to Palestinian cause.