The mother of two could still face execution by hanging.

Lula offered refuge to Ashtiani during a campaign rally for his party in southern Brazil last Saturday.

“I have to respect a country’s laws, but if my friendship and regard I have for the president of Iran and the Iranian people is worth something, if this woman is causing discomfort, we could take her in in Brazil,” he said.

Lula’s government has built close relations with Iran in recent years and worked with Turkey to form a proposal aimed at resolving Iran’s dispute with the West over its nuclear programme.

The European Union, US and Britain have all appealed for a stay of execution for Astiani.

Human rights group Amnesty International has said Ashtiani was convicted in 2006 of having an “illicit relationship” with two men and received 99 lashes as her sentence.

The group said that, despite this, she was subsequently convicted of “adultery while being married”, which it said she denied, and was sentenced to death by stoning.

At least 10 other people, including seven women, are under sentence of stoning in the Iranian jails, according to Amnesty International. 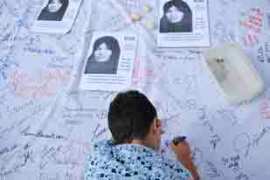 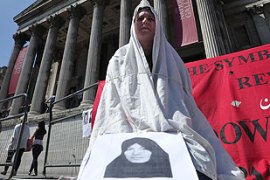