Yemeni authorities have carried out grave human rights abuses as part of an internationally-backed crackdown on a range of security threats facing the country, rights groups have said.

In a report issued on Wednesday, Amnesty International says that growing US concern over al-Qaeda’s presence in Yemen, combined with domestic challenges to the legitimacy of the government, has prompted a marked deterioration in the human rights situation in the impoverished country.

The group says that over the past year, the Yemeni government has carried out vicious military campaigns, arbitrary arrests and extrajudicial killings as it faces international pressure to tackle al-Qaeda-affiliated groups, and seeks to quell a growing secessionist movement in the south while fighting periodic battles with Houthi rebels in the north.

“Yemeni authorities are abandoning human rights in the name of security,” the report, entitled Cracking Down Under Pressure, says, cataloguing a range of abuses carried out by government forces against opposition groups in Yemen.

Amnesty International says that some of the violations have been carried out under the pretext of complying with international demands to prevent al-Qaeda and other groups from launching attacks from the country.

“An extremely worrying trend has developed where the Yemeni authorities, under pressure from the USA and others to fight al-Qaeda, and Saudi Arabia to deal with the Houthis, have been citing national security as a pretext to deal with opposition and stifle all criticism,” says Malcolm Smart, Amnesty’s Middle East and North Africa director.

The US has dramatically expanded its counter-terrorism operations in Yemen since an al-Qaeda-affiliated group attempted to blow up a transatlantic airliner over Detroit last December.

Human rights activists operating in Yemen say that the subsequent security crackdown, which has seen increased military and diplomatic co-ordination between the Yemeni and US governments, has coincided with a major increase in reports of human rights abuses.

“There are many people who have been arrested and jailed as a result of American demands,” says Khaled al-Anisi, the executive director of the Yemen-based National Organisation for Defending Rights and Freedoms.

“Other people have been killed by the Americans and by Yemenis for America’s sake.

“Because this security cooperation is beneficial to the Americans, they ignore the human rights situation in the country.”

The US has been criticised for carrying out recent drone attacks in Yemen which have killed civilians, including a high profile incident in May when the deputy governor of a Yemeni province was killed by a missile as he tried to talk al-Qaeda members into abandoning their fight.

Yemen’s government has never officially admitted the extent of its cooperation with Washington, but US officials have been more forthcoming in explaining the scope of their operations in the country, making the so-called “shadow war” against al-Qaeda an open secret in Sana’a.

But far from increasing Yemen’s security, some believe that the US is sacrificing the domestic legitimacy of Yemen’s government in a bid to ensure its own security.

Abdul-Ghani al-Iyrani, a Yemeni political analyst, agrees that the campaign is having counter-productive results.

“It contributes to the fundamental problem in the political situation in Yemen, which is the erosion of the government’s grass-roots legitimacy,” he says.

But he says that al-Qaeda related operations represent only a “small part” of the human rights abuses being carried out by the government. Worse, he says, were the violations last year.

The Amnesty report offers disturbing details of the Yemeni government’s “Scorched Earth” military operation against the Houthis, during which it carried out heavy aerial bombardment of civilian areas, displacing more than a quarter of a million people.

When the fighting spilled over the border into Saudi Arabia, Riyadh joined military operations in Yemen, sending troops and aircraft to attack Houthi rebel positions as tens of thousands of civilians were trapped in the area.

“The Yemeni government’s Scorched Earth operation between August 2009 and February 2010 signalled the deployment of military forces against the Houthis on a scale not witnessed before, particularly after Saudi Arabian forces joined in,” the report says.

Al-Iyrani says that during the fighting many civilians were left stranded with no food as the city of Sada’a was besieged by Yemeni forces. “What happened in Sada’a was just unspeakable,” he says, accusing the government of leaving thousands of civilians ‘starving’ during the operation.

After negotiating a ceasefire with the Houthis in February, Yemeni authorities turned their attention to quashing a growing secessionist movement in the south of the country, where many people believe they are subject to discrimination by the government.

The report says that the government has carried out a campaign of “unlawful killings, arbitrary arrests and the use of excessive force against peaceful demonstrations” against southern Yemenis who want formal independence from the north, under the guise of fighting terrorism.

The government has accused the Southern Movement, a loose coalition of political groups calling for greater rights for people in the south, of having links with al-Qaeda, and has set up special “terrorism” courts in which to try activists.

Amnesty has called on Yemen’s government to ensure that its security operations respect human rights concerns, and says that the US and Saudi Arabia should play a more constructive role in preventing such abuses.

“Enforced disappearances, torture and other ill-treatment, and extrajudicial executions are never permissible, and the Yemeni authorities must immediately cease these violations,” Smart says.

“It is particularly worrying that states such as Saudi Arabia and the US are directly or indirectly aiding the Yemeni government in a downward spiral away from a previously improving human rights record.” 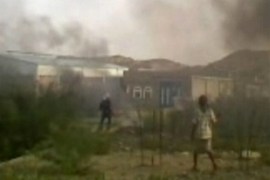 Army says it is regaining control of Loder after fighting killed 33 and displaced 80,000. 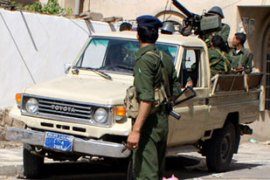 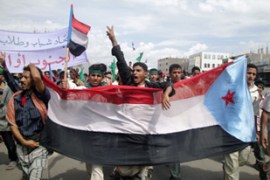 At least 13 people killed in clashes in a market in the city of Loder. 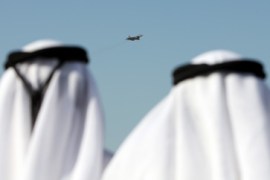 A new paradigm for Gulf security