The WikiLeaks website supposedly carrying some 91,000 US military reports from Afghanistan makes for oddly mesmerising reading.

Having only dedicated a few hours to the task, I can hardly claim even a cursory appreciation for what is there and what it represents. Like most of us, I am forced to rely to a large degree for now on the analyses provided by those media outlets which have had weeks to study and begin to digest the mass of documents.

To this reader, however, there are a few initial impressions that emerge from a quick perusal.

The first is that this supposedly blockbuster trove is, in fact, highly underwhelming. The vast majority of the reports are very cursory, almost shorthand accounts of discrete, small-scale incidents: An improvised-explosive-device (IED) attack here, a small-scale ambush there, a couple of rockets fired at a location to no apparent effect somewhere else.

Many of the incidents are reported from other sources, and involve no US or coalition forces at all: Attacks on local officials or Afghan security forces, various kidnappings or, frequently, seemingly random and indiscriminate Afghan-on-Afghan attacks or bombings in which local civilians are the sole, and tragic, casualties.

Of course, there are many other reports of actual combat involving US forces engaged in direct fire, calling in air support, and so forth. Even these, reported in military shorthand, are oddly bloodless, although the reality they describe may be anything but.

For the most part, it is only in the aggregate that the beginnings of a coherent picture begin to emerge from these documents – a picture of an evolving war in which foreign forces shift from a posture involving isolated “Forward Operating Bases” to one in which they attempt to sweep insurgents from populated areas, all the while engaging with enigmatic, hard-to-identify enemies with seemingly obscure motives – and, yes, all too often with unintended consequences for Afghan civilians.

In short, there seem to be very few real surprises in these documents, which are consistent with the common understanding of what this war is like. All that is unusual, in fact, is the ground-level perspective these documents relentlessly convey.

Even the supposedly controversial revelations from secondary sources who have reviewed the WikiLeaks documents in detail – those involving double-dealing skullduggery by the Pakistani intelligence service, the ISI, or collusion of the Pakistani military with Afghan insurgents – in essence represent nothing new.

Pakistani ISI bet-hedging contacts with Afghan insurgents and plotting against Indian interests are already well-known, while some of the more colourful stories, involving exploding Qurans or the alleged plotting of retired General Hamid Gul, the former director-general of the ISI, with Arabs from al-Qaeda are simply laughable: These are more of the ubiquitous rumours unendingly hatched by imaginative Afghans for credulous foreigners.

The reflections in some reports of US frustrations with Pakistani military forces, whose inaction in the face of cross-border activities by Pakistan-based militants have often appeared to American eyes as passive collusion with the enemy, are genuine enough. But most frequently what appears as collusion is in fact simple refusal on the part of the Pakistanis to get involved in what vulnerable commanders see as someone else’s fight.

It is hard to disagree with the reported initial conclusion of the Pentagon that there is little real damage to US forces or to the coalition war effort represented in these leaked documents. One could perhaps draw from them certain conclusions about patterns of US response to attack, or military capabilities in certain sectors, but most such indications are so dated as not to be useful to an enemy.

Indeed, while these documents are breathlessly referred to as “secret”, the ones I viewed appeared to carry no classification at all, and in fact should more accurately have been classified as merely “confidential”, or perhaps even “sensitive but unclassified”.

No doubt there are genuinely sensitive documents among those currently revealed by WikiLeaks – to say nothing of the reported 15,000 being “reviewed as part of a harm minimisation process” at the insistence of the WikiLeaks source.

All in all, however, from available accounts – and political embarrassment with the Pakistanis aside – there seems to be very little in this material which would genuinely constitute “serious damage” to US national security – the definition of an appropriately-classified “secret” document.

Indeed, the greatest potential harm arising from this massive leak, from this observer’s perspective, is the further evidence it presents – if any were needed – of the US government’s inability to keep a secret.

Even if the harm seems generally marginal in this case, such indications of unreliability can only limit the willingness of potential sources of genuine information, in Afghanistan or anywhere else for that matter, to divulge sensitive information to US officials.

It must also have a potentially chilling effect on US military report writers themselves, who now have reason to believe that they are in fact writing for a general, global audience. It cannot be a boost to greater clarity or candor for them to suppose that what they are writing is likely to come into the hands of those motivated to present such information in a tendentious and negative context.

The US system is built upon checks and balances. Where potentially sensitive national security information in the US is concerned, however, it often seems that the only effective check on what is published is the judgment and discretion of the publishers themselves.

For that perhaps small subset of illegitimately revealed information which is of genuine national security concern and should remain secret, the US needs to devise an impartial system for determining what leaked information meets those criteria, and taking effective action in such cases against those who violate the public trust: That would be the leakers, and not the publishers.

It would require another column to describe what such a system might look like, but something needs to be done. 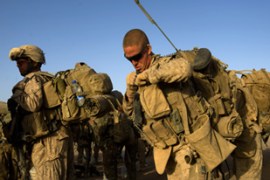 Pentagon sets out to determine who carried out “alarming” leak of 91,00 documents. 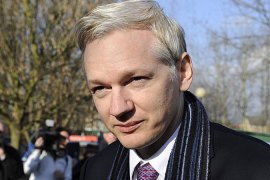 Why the world needs WikiLeaks 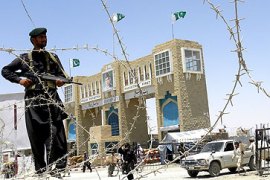 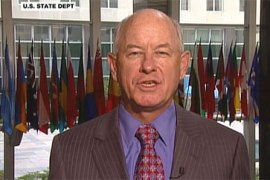