• Why Algeria’s intelligence service (the DRS) ensnared France into this ill-fated operation.

• Why France appeared to make a greater effort to achieve the liberation of another French hostage held by al-Qaeda in the Islamic Maghreb (AQIM), Pierre Camatte, in February.

• Why France chose Mauritania as its ‘partner’ in preference to Mali or Niger.

• What other Western powers, if any, were involved in the operation.

• And why, almost three weeks after the raid, AQIM killed a Tuareg guide in the region.

Given the uniqueness of Franco-Algerian relations, many reasons could be suggested as to why Algeria’s DRS ensnared France into its ill-fated raid into Mali. But one stands out: Algeria’s relationship with the US.

The US and its AFRICOM have established three main poles of US military control over Africa – Algeria, Nigeria and South Africa.

Algeria is the major military force in north-west Africa. Its emergence as America’s security proxy in the Sahara-Sahel region began in 2002-2003 with their collusion in the fabrication of the El Para-P2OG ‘terrorist’ operation that legitimised the launch of the Sahara-Sahelian front in the global war on terror. (See my article Al-Qaeda in the Sahelfor more on this).

While the increasing destabilisation of the region has led to French-US talks about a security ‘alliance’ against AQIM, Algeria is opposed to any such foreign ‘intervention’ and claims the problem should be resolved by the countries of the region. By this Algeria means itself as the major regional power. The Franco-Mauritanian operation to free Germaneau has served to strengthen that view.

The DRS’s construction of AQIM in the Sahel has created the current security problem and afforded Algeria the opportunity to present itself as the US’ indispensable ally in the global war on terror and the West’s regional ‘gendarme’.

This role is also in keeping with Algeria’s own hegemonic interests over the Sahel, especially Mali, where Muammar Gaddafi, the Libyan leader, has been using Libyan investment finance to further Libya’s presence and influence in the country.

Indeed, it was to incriminate Libya, and to get it out of the Kidal region, that the DRS, backed by US special forces, encouraged and gave covert support to the short-lived Tuareg Kidal rebellion in May 2006.

In order to play this ambitious role, Algeria wants freedom of movement and ‘control’ across the Sahel, of which it feels bereft as long as France, the former colonial power, regards the region as it own chasse privée.

By ensnaring France into its Mali adventure and so thoroughly discrediting it in the process, the DRS has achieved a substantial victory that would have won it a rare moment of popularity in Algeria – that is if it was not so deeply involved in the ‘Dirty War’ within Algeria itself.

But, as Algeria’s long-suffering people will soon realise, France, the ‘old enemy’, is being replaced with a new one – the US. And the US is not likely to be too concerned with the excesses of Algeria’s ‘mukhabarat’ state. The reason for that, quite simply, is because the DRS has Washington over a barrel: should the DRS ever reveal the details of Washington’s covert P2OG operation in fabricating terrorism in the region in 2003, the US will have the making of a global problem on its hands.

While France’s knowledge, or suspicion, of Germaneau’s earlier death – possibly as a result of his captors’ failure to procure the medicinal drugs required for his heart ailment – might explain its apparent lesser effort to achieve his release, Germaneau’s condition throws no more light on why Camatte was released.

The general presumption in the media is that Camatte’s release was the result of French pressure on Mali. It has even been suggested, without any firm evidence, that Camatte was a French spy. That was certainly widely asserted in the Algerian media, although without mentioning that the source of this supposition was the satirical website bakchich.info.

While that may conceivably have been true, there is, however, another facet to Camatte’s release that has not hitherto been made public.

Camatte was abducted on November 25, 2009, in north-east Mali and passed on to local AQIM emir Abdelhamid abou Zaïd, who made his release conditional on the release of four AQIM members imprisoned in Mali.

After the first deadline passed, AQIM gave a ‘final’ ultimatum, saying that it would execute Camatte on February 20, if its four members were not released. During last minute visits by Bernard Kouchner, the French foreign minister, and Claude Guéant, the Elysée’s general secretary, Mali insisted that it had no intention of releasing the prisoners.

And yet, at 6.30am on Thursday, February 18 – just 48 hours before Camatte’s threatened execution was due to take place, a Bamako court ruled that the four AQIM prisoners were ‘judicially free’. The court found the men guilty of arms offences and sentenced them to nine months. But as they had already been in detention for that length of time, they were summarily freed.

So, what suddenly made the Mali authorities change their minds? Or was this theatre of suspense planned all along? We will probably never know. However, I am able to reveal that a letter was emailed to General Mohamed Mediène, the DRS chief, on the morning of Wednesday, February 17, with copies also sent to Kouchner, Abdelaziz Bouteflika, the Algerian president, and Ahmed Ouyahia, the Algerian prime minister.

The letter explained that copies of the letter had also been sent to selected global media who were authorised to publish its contents if Camatte was executed on, before or after February 20. The letter made clear that in the event of Camatte’s death, the same media would also receive detailed information explaining the DRS’s relationship with AQIM and details of the DRS’s activities in Mali, thus demonstrating the role and responsibility of the DRS in Camatte’s murder.

Why did France choose Mauritania, in preference to other Sahelian countries, as its partner in the July 22, operation? The answer is because it was effectively ‘Hobson’s Choice’.

In Niger’s case, the country’s new military rulers are trying to ‘tidy up’ the country’s destabilised northern regions and are not enamoured with the role played by Algeria’s DRS in its promotion of AQIM in those parts.

As for Mali, France’s intelligence services clearly know that AQIM/DRS links permeate the highest levels of the country’s security forces, with the result that any planned Franco-Malian military operation would be ‘unsecured’. As I mentioned in a previous articlethe last publicly reported words of Colonel Lamana Ould Bou, of Mali’s state security and a double agent between the security service and AQIM/DRS, before he was gunned down in Timbuktu last year were: “At the heart of AQIM is the DRS.”

Mauritania was therefore seen as a far safer bet, especially as its president, Mohamed Ould Abdel Aziz, sees himself as a ‘strong man’ in the ‘war on terrorism’ and is doing everything possible, in the light of his recent coup d’état, to ingratiate himself and his country with the US and EU countries.

Were other Western powers involved?

France and Mauritania are adamant that no other country was involved in the raid. Algeria and Mali both claim not to have been given more than minimal notice, while Daniel Benjamin, the US ambassador-at-large for counter-terrorism, has denied that any US troops were involved.

These days, however, US help rarely comes in the form of troops – satellite surveillance and drones are more effective.

On the day after the raid, El Pais, quoting diplomatic sources, confirmed that the “base where Germaneau was believed to be held had been located with US help”.

An even more pertinent admission of US help came in a August 14 New York Times report on the Obama administration’s new assault on terrorism, which confirmed that: “The [Obama] administration has worked with European allies to dismantle terrorist groups in North Africa, efforts that include a recent French strike in Algeria.”

There was, of course, no recent French strike in Algeria. This is simply an editorial ‘slip’. What the New York Times should have said, if it was going for accuracy, was that the strike was just over the border, in the Tessalit region of Mali, but conducted with the logistical support of the Algerians.

While the US contribution would not appear to be in doubt, a question mark hangs over the UK’s role in this affair.

A British delegation to Mauritania, ostensibly to discuss bilateral cooperation in the fight against terrorism and led by General Robin Searby, the head of UK counter-terrorism in North Africa, was in Nouakchott on July 20 to 21, 24 hours before the Franco-Mauritanian raid. Is it conceivable that such a delegation would have been in Nouakchott if it was not complicit, in one way or another, in the operation? That is a question which, for reasons of space, I will deal with in a future article.

Who killed ‘Merzouk’ and why?

Around 4.00am on August 12, a Tuareg known as ‘Merzouk’ or ‘Marzoug’ whose proper name is Sidi Mohamed ag Chérif, was executed by kidnappers, believed to be members of AQIM, in the Tigharghar mountains – an AQIM stronghold, in north-east Mali.

Media speculation as to why he was killed has focused on two assumed motives. One is that it was revenge for his involvement in an attack on the Groupe Salafiste pour le Prédication et le Combat (GSPC)/AQIM emir Mokhtar ben Mokhtar (MBM) in 2006 in which Mokhtar’s right-hand man was killed. The other is that he was found to be carrying documents from an unspecified Western embassy in Bamako and was therefore presumably a spy.

The most authoritative account as to why he was killed is given on the local kidal.infowebsite. From this account, it is evident that Merzouk had led a chequered and dangerous life as a Tuareg rebel, a guide to the Malian customs service (with the rank of lieutenant) and as an agent for Mali’s state security service. He also had a long history of association with MBM, the GSPC and AQMI.

However, one thing not mentioned is that Merzouk, according to another reliable local source, was in regular communication with the US embassy in Bamako. It is therefore possible that he was perceived by AQIM, not just as an agent for Mali’s state security, but also as a ‘spy’ for the ‘infidel’.

Kidal.info mentions that shortly before Merzouk was kidnapped and assassinated, a young friend of his had been captured in Tigharghar by AQIM on suspicion of spying for Merzouk. This tallies with information from my source, which is that Merzouk had given one of his ‘cousins’ (i.e. close relations) a motorbike and satellite phone and sent him into Tigharghar to get information for him. The young man’s captors ordered him to call Merzouk and to arrange to meet him, upon which he was kidnapped and then killed.

It is therefore quite conceivable that Merzouk was killed by AQIM both for spying on them and for having identified and tracked down several of their members for crimes, such as theft, committed in Mali.

However, informed opinion within Algeria is suggesting that his death may have been ordered by the DRS, either because Merzouk, like Lamana Ould Bou before him, had discovered the role of the DRS in AQIM, or as a warning to the Americans that if they want information on the region and AQIM, then they must approach the DRS and not try to operate independently of Algeria’s intelligence service.

Jeremy Keenan is a professorial research associate at the School of Oriental and African Studies, London University, and author of The Dark Sahara: America’s War on Terror in Africa. 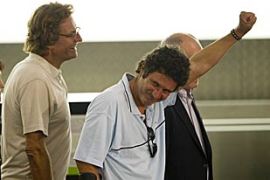 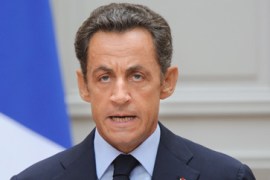 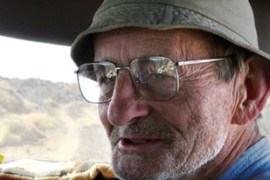 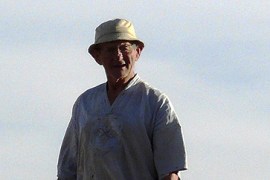