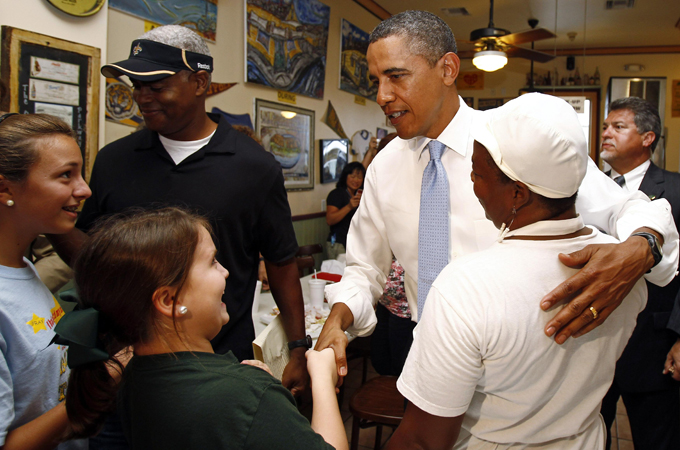 Barack Obama, the US president, pledged to continue America’s commitment to rebuilding New Orleans during a weekend of sombre ceremonies marking the fifth anniversary of Hurricane Katrina.

Obama delivered a speech on Sunday at Xavier University, a New Orleans school that suffered tens of millions of dollars in damages during the 2005 hurricane. He called the flooding that followed Katrina a “shameful” episode, and said that the government failed to protect residents along the Gulf Coast.

“It was a natural disaster but also a manmade catastrophe, a shameful breakdown in government that left countless men, women and children abandoned and alone,” Obama said.

Obama did not promise any new programs for the Gulf Coast, still suffering from the effects of Katrina and the more recent Deepwater Horizon oil disaster.

Instead, he praised the government’s current recovery efforts: He said that $1.8bn has been allocated to rebuild schools, and that hundreds of other projects – including firehouses, police stations and roads – are currently underway.

And he pledged to finish rebuilding the levee system that was supposed to protect New Orleans from catastrophic flooding.

“The largest civil works project in American history is underway to build a fortified levee system,” Obama said. “And as I pledged as a candidate, we’re going to finish this system by next year, so that this city is protected against a 100-year storm.”

Much work remains to be done in New Orleans, and elsewhere along the Gulf Coast.

slowly REBUILDING
Inequality: Median incomes for blacks and Hispanics lag whites by $26,000 and $15,000, respectively. Poverty rate: High, at 23 per cent, but at its lowest level since 1979. Unemployment: Lower than national average, and below 1980 levels. Violent crime: Roughly 2 per cent higher than in 2004. Source: Brookings Institution

The Washington-based Brookings Institution released a report earlier this month assessing the city’s reconstruction. It said the city was “rebounding,” and noted some positive signs: Poverty rates, while still high, are at their lowest levels in decades.

But the Brookings report noted a number of troubling indicators: Violent crime remains well above its pre-hurricane levels, for example.

Ray Nagin, the former mayor of New Orleans, came under immense pressure following the crisis and was heavily criticised for his handling of the storm’s aftermath. He acknowledged to Al Jazeera that the evacuation was not as fast as it should have been.

“It was the first time we had ever done a mandatory evacuation, so there were a few things we had to work out,” Nagin said.

“Katrina was very deceptive. It wasn’t until late Saturday night that I got a call saying it was headed directly to New Orleans… although it was a mandatory evacuation, many people chose to stay or couldn’t leave for whatever reason,” Nagin added.

Obama’s speech comes one day after hundreds of mourners attended a “mock funeral” for victims of the hurricane.

Mourners dropped notes, cards and letters, many of them stained with tears, into a steel-gray casket.

One letter written by a child in red crayon said: “Go away from us.” Another note recalled one of the 1,800 victims of Katrina: “R.I.P. Gloria, I will always love you.”

The casket was later interred under a dark sky as rain pounded umbrellas.

“I asked for no more suffering, for everything to come back to where it was,” 47-year-old Walter Gifford said of his note.

Gifford rebuilt his home and moved back to the area near New Orleans after the storm. “I ask for the sadness for so many to end.”

Nancy Volpe, 61, who moved back into her house in November, said she cried a lot while writing her letter. “But I’m finally home. I can’t tell you how much better I know the meaning of that word – home,” she said. 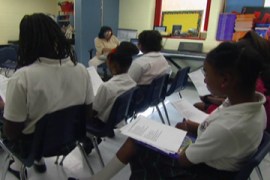 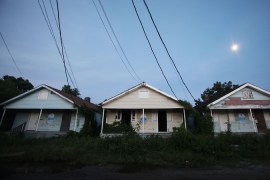 As it marks the fifth anniversary of the hurricane, the city has yet to recover. 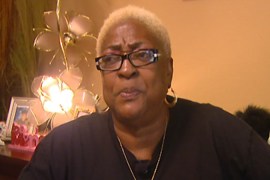