Reports said the ailing Kim had travelled to China to secure diplomatic and financial support for an eventual handover of power to his son.

The 27-year-old is widely tipped to be elected to the North’s leadership at a rare party meeting early next month.

There has been no official confirmation of the pair’s visit but Japanese TV broadcast video that it claimed showed the leader at a hotel in Jilin earlier this week.

“President Hu, who had been on leave somewhere in northeastern China, went to Changchun to meet Chairman Kim,” an unidentified intelligence official was quoted as saying by the Chosun daily.

Kim rarely travels abroad, but this would be the second time since May that he has gone to China.

There is speculation that he is in poor health following a suspected stroke in 2008 and some analysts say he may be in a hurry to establish his son’s succession to the family dynasty that has ruled North Korea since its founding after World War Two.

Kim Keun-Sik, a professor at South Korea’s Kyungnam University, said the isolated
North has nowhere else to turn for support but to its staunch ally China, at a time of tense confrontation with South Korea and the United States.

“China is also sending a message to the world that it will never let the North go down as the United States and South Korea have been flexing military muscles and tightening screws on the North,” he told the news agency AFP.

There have been heightened tensions on the Korean peninsula after the March torpedoing of a South Korean warship, blamed by Seoul on the North.

The sinking prompted expanded US sanctions against North Korea. 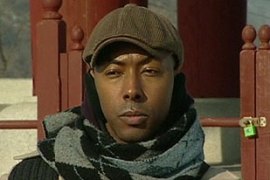 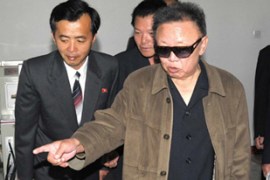 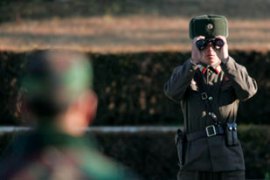