The arrest of a man by British police on Saturday for conspiracy to defraud bookmakers is the latest chapter in cricket’s fraught relationship with the betting industry.

Mazhar Majeed’s arrest came after the News of the World, a British newspaper, alleged that some of the members of the Pakistani squad had been involved in a betting scam during the fourth and final Test against England.

In May, Danish Kaneria, a Pakistani Test player, and Mervyn Westfield, his colleague at English county side Essex, were arrested in connection with allegations of “spot-fixing” during a one-day match against Durham last September.

Both Kaneria and Westfield were questioned before being released on bail.

For the past decade the International Cricket Council, the sport’s global governing body, has run an Anti-Corruption Unit (ACU), set up primarily in response to the scandal involving the late Hansie Cronje, a former captain of the South Africa team.

In 2000, Cronje admitted he took bribes from bookmakers to provide information and fix matches, having initially denied charges brought against him by Indian police.

But before that there were plenty of matches that had long been the subject of fixing allegations, notably Pakistan’s defeat by minnows Bangladesh at the 1999 World Cup in England.

Although betting is illegal in much of the sub-continent, the massive popularity of cricket in the region means huge gambles are taken on the sport with ‘black-market’ bookmakers.

Back in 1998, it was revealed that an Indian bookmaker had given money to Australian cricketers Mark Waugh and Shane Warne, in return for pitch and weather information during several years earlier.

Waugh and Warne had previously accused Salim Malikm, the then Pakistani captain, of attempting to bribe them to lose matches.

A judicial inquiry in Pakistan between 1998 and 2000 banned Malik and paceman Ataur Rehman, and fined six others, including current coach Waqar Younis and fast bowling great Wasim Akram.

Paul Condon, a former ACU chief and a former head of London’s Metropolitan Police, said of match-fixing in May: “My prediction is you will never totally eradicate it from cricket.

“There will always be that temptation. But we have a cadre of modern players who know the risks and are playing for the right reasons.”

Recently the ACU has been looking into allegations levellled against Pakistan during their winless tour of Australia earlier this year, notably during the Test at the Sydney Cricket Ground in January.

Australia’s 36-run win, despite conceding a first-innings deficit, has led to allegations of match-fixing, with a parliamentary committee in Pakistan summoning top officials to answer questions after video footage of a Pakistan Cricket Board (PCB) meeting was leaked to the media, showing players and former officials raising suspicions about fixing during the Australia tour. 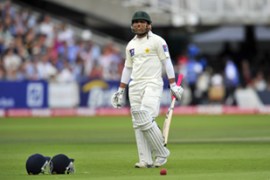 Cricket team embroiled in scandal over reports of match-fixing during UK Test match. 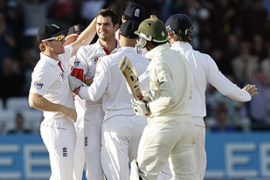 England reduces Pakistan to 15 for three at stumps on day three. 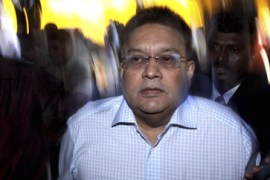 Board picks interim chair as investigation begins into claims against suspended IPL head. 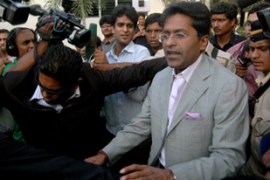