He made clear, however, that the US central bank has not decided what would prompt additional easing.

“At this juncture, the committee has not agreed on specific criteria or triggers for further action,” he said.

Bernanke said the US central bank’s purchases of longer-term securities have been effective in lowering borrowing costs and that he believes the benefits of buying more such assets, if needed, would outweigh any disadvantages.

US stocks dropped initially after Bernanke’s comments but then recovered to trade about one per cent higher, while US Treasury bond prices were lower, as was the US dollar.

Bernanke also said other options to spur economic growth – such as committing to hold interest rates exceptionally low for an even longer period than is currently priced in to financial markets, or raising the Fed’s inflation targets – would be less effective in the current environment.

He stressed that the high jobless rate remains a concern to policy makers, and said the Fed would be vigilant against deflation.

“Because a further significant weakening in the economic outlook would likely be associated with further disinflation, in the current environment there is little or no potential conflict between the goals of supporting growth and employment and of maintaining price stability,” he said.

“It’s not a foregone conclusion. There is still debate about whether it should be done or not,” Andrew Harding, a bond portfolio manager at PNC Capital Advisors, in Cleveland, said.

“Bernanke has not taken off the table more quantitative easing, specifically the buying of Treasuries outright, but it is unclear what would trigger that,” Dana Saporta, an economist at Credit Suisse in New York, said.

The Fed has promised to keep interest rates exceptionally low for an extended period to support the economy. In addition, it bought close to $1.7tn in assets to provide additional stimulus.

As economic data pointed to a weakening of the recovery in recent months, the Fed said after its August meeting it would reinvest maturing securities to hold its balance sheet at a steady level at more than double its pre-crisis size to support the recovery, rather than letting it decrease, as it had been doing.

However, Bernanke said he was confident the US recovery would not stall.

He said while the exit from recession was driven primarily by fiscal and monetary stimulus measures and inventory rebuilding by businesses, a “hand-off” to consumer demand appeared to be under way.

Bernanke also downplayed a sharp widening of the trade deficit, which pulled down the second-quarter gross domestic product. The economy expanded at a 1.6 per cent annualised rate between April and June, the Commerce Department reported on Friday, revising down its initial estimate of 2.4 per cent.

Bernanke blamed a slow recovery in the labour market for restraining incomes and affecting consumer confidence.

“The prospect for household spending depends to a significant extent on how the situation evolves,” he said.

He noted conflicting signals in personal income data, which suggested consumers were indeed spending less, but also a higher savings rate that could lead to firmer consumer spending down the line.

Holding out some hope for the beleaguered housing sector, Bernanke said falling prices and low mortgage rates should boost demand. 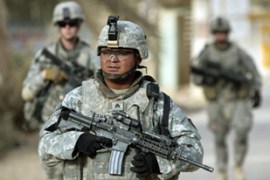 Officials say the US president will propose a three-year freeze on domestic spending. 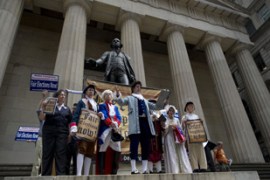 The bill aims at reigning in banks and protecting consumers from risky lending pratices. 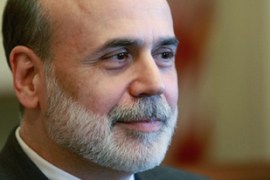 US senate approves second term but by smallest margin in 30 years.