Many are marginalised, unable to gain access to basic services, including health care and justice, and they have been largely ignored in post-conflict reconstruction efforts.

The 73-page report, “‘As If We Weren’t Human’: Discrimination and Violence against Women with Disabilities in Northern Uganda,”describes frequent abuse and discrimination by strangers, neighbours, and even family members against women and girls living with disabilities in the north.

Al Jazeera’s Malcolm Webb reports from northern Uganda – a region recently emerging from over two decades of civil war between the rebel Lord’s Resistance Army(LRA) and the government. 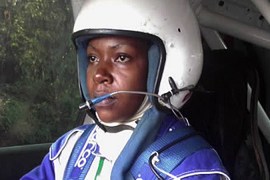 A colourful ride through the world of rally driving in Uganda.