The floods killed at least four people on Saturday in Kuandian county, which is around 100 kilometres northeast of Dandong. A couple in their 70s and a mother and son died when flash floods swept away their homes, China’s official Xinhua news agency cited a local flood-control official as saying.

A 60-year-old man was also missing in Kuandian after his house collapsed in a rain-triggered landslide.

The government has launched a rescue operation, which included dispatching helicopters to airlift people stranded on rooftops of flooded homes.

China’s national meteorological centre, meanwhile, warned on Sunday that new downpours were expected in various areas of Liaoning, for another 24 hours at least.

Nearly 3,900 people have been killed or left missing this year in flood-related incidents across China, official figures show.

In the northwestern province of Gansu, a mudslide on August 7 crashed into homes in the remote town of Zhouqu, leaving at least 1,434 people dead and another 331 missing.

Also, in the southwestern province of Yunnan, rain-triggered mudslides killed at least 23 people and rescuers are still searching for 69 others who went missing.

In neighbouring North Korea, more than 5,000 people have been moved to safety after areas of Sinuiju city were “completely inundated”, the official Korean Central News Agency said.

Al Jazeera’s Harry Fawcett, reporting from the border city of Dandong in China, said that not much is known about efforts to contain the floods in North Korea.

“We are only relying on state-run media for updates, but some here have said that the sitaution across the border may be much worse considering how impoverished the country is right now,” he said.

Traffic in North Korea’s downtown Sinuiju was “paralysed” and flood victims were stranded on rooftops and on hills.

North Korea has been hit by widespread flooding this summer, which has washed away homes, roads, railways and farmland, according to state media reports from Pyongyang, the capital.

After decades of deforestation, North Korea is particularly vulnerable to flooding.

In 2007, it was reported that at least 600 people had been killed or went missing from devastating floods. 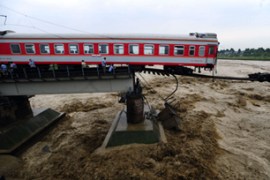 Hundreds of people made homeless by flooding may have to spend winter living in tents. 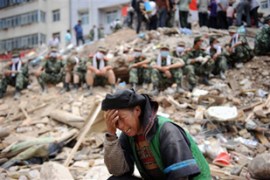 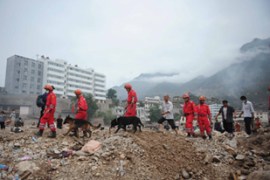 Sunday declared as national day of mourning in country battered by torrential rains. 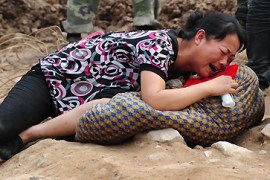 Hopes are fading as death toll rises in remote northwest.