“However, I must also to caution that we have to be both transparent and realistic in terms of our expectations from the sale of our diamonds.”

Buyers from the United States, Israel, Russia, Lebanon and India were at the auction at Harare’s airport, some with pilots waiting to fly them out of the country afterwards.

The Kimberley Process is an international certification body set up to stop trade in diamonds used to fund conflict.

It blocked the sale of Marange diamonds in November last year over allegations that the military committed atrocities when it took control of the Marange fields in late 2008, forcing out tens of thousands of small-scale miners.

Rights groups say about 200 people died in the operation, and that soldiers then beat and raped villagers to force them to mine the gems in early 2009.

“We documented the killings of hundreds of people by the Zimbabwean military, torture, and the use of forced labour – including children – in the diamond fields,” Human Rights Watch said in a February statement about trips its researchers conducted to Marange in 2009.

The group said in June this year that atrocities were continuing and called for a ban on the diamonds.

Kimberley had given Zimbabwe until June to clean up its operations, and last month ruled that Zimbabwe had ceased abuses by the military.

Wednesday’s auction only included gems mined over the last two months, since Chikane certified that Marange had complied with human rights standards.

Investigators are in Marange this week to confirm that government ended the abuses.

Chikane told Reuters news agency that he had certified about one million carats (200kg) and would return to certify more next month.

“I am pleased to announce once again that Zimbabwe as a country, Canadile and Mbada as companies have met fully minimum requirements of the Kimberly Process,” he said.

Mbada Diamonds and Canadile Miners are South African firms which Zimbabwe has contracted for operations at Marange.

Farai Maguwu, a diamond activist, welcomed the sale but said proceeds should benefit the people of Marange.

“[The diamonds] must be mined in an environment of peace,” he told the news agency AFP.

“I hope to too see positive change on the ground. There must be educational facilities, health centres and infrastructural development in the area.”

Zimbabwe says it has a total of 4.5 million carats of diamonds in its stocks, which the government values at $1.7 billion – equivalent to more than half the national budget — though no outside audit has been made.

The sale is a rare point of agreement for Zimbabwe’s unity government, formed last year by Robert Mugabe, the president, and Tsvangirai, then opposition leader.

While critics fear that Mugabe will syphon off the diamond profits for his Zanu-PF party, Tsvangirai’s Movement for Democratic Change has pushed for the auction to shore up the state’s dismal finances.

But Tendai Biti, the finance minister, has highlighted the potential for abuse, telling parliament that none of the $30 million in Marange sales ever reached the Treasury before the ban last year. 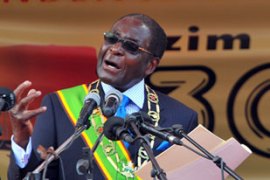 No decision on Zimbabwe’s diamonds

Kimberly Process fails to decide if country’s stones should be certified as conflict free. 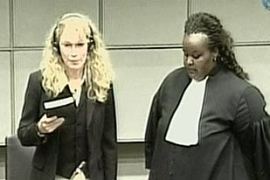 Supermodel Campbell defends her statements at the war crimes trial of Charles Taylor. 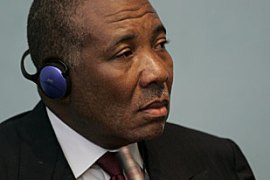