The Tamil Tigers, or Liberation Tigers of Tamil Eelam (LTTE), fought a nearly three-decades’ long civil war against the Sri Lankan government for an independent ethnic homeland for Tamils in the north and east of Sri Lanka.

Vic Toews, Canada’s public safety minister, told CTV News: “We have been watching this boat for two and a half months or perhaps even longer, and we have some idea of who is on board.

“We are quite aware of potential issues that might arise when this boat enters our territorial waters,” he said.

The Foreign Affairs Department said: “Those responsible for migrant smuggling will be pursued, investigated and prosecuted to the full extent of Canadian law and in accordance with the provisions of international conventions and protocols.”

However, the Canadian government has asked local lawyers to act as legal aid for the Tamils.

Nagendra Katpana, the British Columbia representative of the Transnational Government of Tamil Eelam, which works for the independence of areas in the north and east of Sri Lanka, told Al Jazeera from Vancouver: “From our information we know there are close to 200+ Tamils onboard and these are a combination of men, women and children.”

Regarding whether any of the passengers were members of the LTTE, Katpana said: “At this time we can’t confirm such information. We hope that when they arrive the immigration authorities will determine their eligibility to enter Canada.

“This is propaganda … in Sri Lanka these people are facing human rights violations … Since May last year these people have been facing extreme hardship.”

Katpana said that 76 people arrived last October with similar allegations of LTTE membership being made, but they have all since been allowed to remain in Canada and apply for refugee status.

She said passengers’ relatives could be residing in Canada, and as a country that upholds human rights and democracy these refugees are heading towards its shores.

The boat is expected to arrive around midnight or early morning on Friday on Vancouver Island. It is then likely to be escorted to Victoria, the provincial capital. The passengers will then be taken to a detention centre.

About 300,000 Tamils reside in Canada, one of the largest such communities outside of Sri Lanka and India.

Canada has a reputation for accepting refugees but has recently become stricter in attempting to weed out unwanted immigrants. It has considered the LTTE to be a criminal organisation since 2006.

The MV Sun Sea attempted to dock in Australia a few months ago but was turned away. 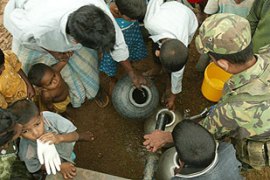 Government-appointed commission launched amid international concerns over its credibility. 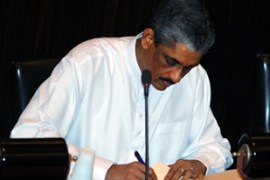 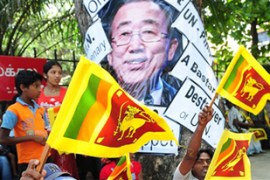 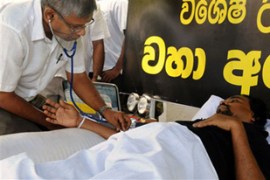