He is only the fourth Guantanamo detainee to be convicted since the prison, which has held nearly 800 men, was opened in 2002.

Military officials say al-Qosi’s sentence will not be revealed publicly until it is reviewed by a Pentagon official known as the tribunals’ convening authority, a process that could take several weeks.

As part of the plea agreement, al-Qosi signed a statement declaring that he followed Osama bin Laden after his expulsion from Sudan in 1996 and continued working for him in Afghanistan.

Al-Qosi said he learned after they occurred that al-Qaeda was behind the US Embassy bombings in Kenya and Tanzania in 1998 and the September 11 attacks but he was not involved in their planning.

He was arrested in Pakistan after fleeing an al-Qaeda base in Tora Bora, Afghanistan, during the US-led invasion. He was among the first prisoners taken to Guantanamo.

Prosecutors have pledged to let al-Qosi serve any sentence in a communal-living section of the Guantanamo prison reserved for the most cooperative detainees.

That condition sparked an internal dispute because military policy calls for convicts to be held apart from other inmates.

For now there is only one convict at Guantanamo – Ali Hamza al-Bahlul, who was sentenced in 2008 to life in prison. 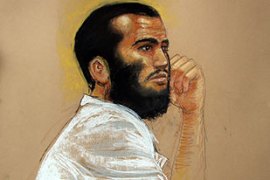 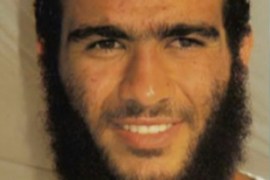