In Tuesday’s statement, Campbell also conceded that she had slipped up when she told judges coming to court was a “big inconvenience”.

“I am a black woman who has and will always support good causes, especially relating to Africa.”

Farrow told the court on Monday she had heard Campbell say that Taylor had given her a “huge diamond” following a 1997 charity dinner in South Africa, at which Taylor was also a guest.

The actress said she had seen Campbell join a group of guests at breakfast after the dinner, hosted by Nelson Mandela, the former South African president, and that Campbell had started telling a story about an event that had happened overnight.

White said Campbell and Taylor, seated near each other at the dinner, had flirted during the meal.

At one point, “she [Campbell] told me he is going to give me some diamonds,” White said. “She was very excited.”

Prosecutors had called the model to testify in the hope that she could provide evidence that Taylor had handled diamonds allegedly used to purchase weapons during the 1991-2001 Sierra Leone civil war.

Taylor is on trial on charges of murder, rape, mutilation, sexual slavery and conscription of child soldiers during wars in Liberia and Sierra Leone, in which more than 250,000 people were killed.

Campbell told the court that she later gave the stones to Jeremy Ratcliffe, a representative of a Mandela charity.

Ratcliffe, the trustee of Nelson Mandela’s charity in South Africa, issued a statement on Friday saying that following Campbell’s testimony the previous day he had handed over to authorities three alleged “blood diamonds” given to him by the model.

Musa Zondi, a spokesman for the special investigations unit of the South African police, confirmed the authenticity of the diamonds.

“They are real diamonds, handed back to us now, and the investigation begins,” he said. 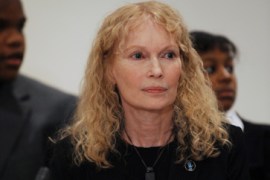 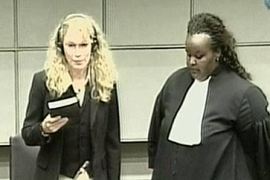 Campbell ‘aware of link to Taylor’

Mia Farrow says UK model told her she had been sent a “huge” gem by ex-Liberian president. 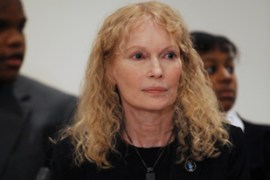 Campbell diamonds ‘given to police’