Zaman, the English edition of the pro-government newspaper Zaman, also quoted Davutoglu as saying, that “there are three options ahead: it will either apologise or it will consent to a study by an international commission or the relations will break off”.

However, a senior Turkish official told Reuters news agency that Davutoglu had only said relations with Israel would not improve unless it apologises or accepts an international probe into the incident.

The newspaper reporters involved said they did not record the interview and the Turkish official said the government would not release a recording it had made. He did not explain why.

Last month, Turkey’s ambassador to Washington warned that growing public anger over the flotilla raid could force his country to break relations with Israel unless the country apologises.

But he did not go as far as Davutoglu’s quoted statements in laying out an immediate threat to cut ties.

The nine activists killed in the May 31 assault by Israeli commandos were all Turkish citizens.

On Monday Israel’s foreign minister, Avigdor Lieberman, reiterated that his country had no intention of apologising for the incident.

Speaking on a visit to Latvia, Lieberman “noted that there has been a dramatic change in Turkish policy,” a statement from the Israeli foreign ministry said.

As an example, he said, Turkey had voted last month against a US-backed UN Security Council resolution on new sanctions against Iran.

“We believe that this position is mistaken,” the Israeli foreign ministry statement said.

Relations between Turkey and Israel are at their lowest point since the two countries embarked on a policy of “strategic cooperation” after the first Israeli-Palestinian accord in 1993.

Turkey withdrew its ambassador to Israel in protest at the flotilla raid and said the envoy would not return until Israel takes steps to meet its demands.

It has also barred some Israeli military planes from using its airspace and has pulled out of an upcoming naval search and rescue exercise with Israel and the US in the Mediterranean.

Israel insists its commandos acted in self-defence after being attacked by pro-Palestinian activists on the aid ships and has launched its own investigation into the incident.

Over the weekend, Binyamin Netanyahu, the prime minister, expressed regret for the loss of life but said: that “Israel cannot apologise for its soldiers being forced to defend themselves from a mob that almost slaughtered them”. 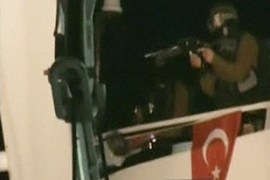 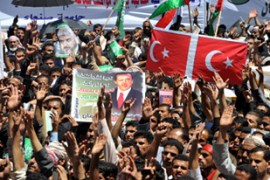