“Our armed forces have beaten terrorism in an exemplary manner. The panel is intended at taking our soldiers and political leaders before international courts. We will not let that happen.”

Government troops defeated the Tamil Tiger fighters in the north and the east of the Indian Ocean island last year, ending their 25-year campaign for an independent state for ethnic minority Tamils.

According to the UN, more than 7,000 civilians were killed in the last five months of the fighting alone.

Ban Ki-Moon, the UN secretary general, appointed a three-member panel in June to advise him on allegations of human rights abuses.

However, Sri Lanka denies targeting civilians and appointed its own “Lessons Learnt and Reconciliation Commission” to investigate any alleged abuses. It has rejected  the UN investigation saying it breaches the country’s sovereignty.

The protest followed a European Union decision to suspend a preferential trade scheme with Sri Lanka after the country refused to make written pledges to improve its human rights record.

Announcing the move on Monday, Catherine Ashton, the EU’s foreign affairs chief, said she regretted Sri Lanka’s decision “not to take up an offer made in good faith”, but she said the EU would “keep the door open” for Sri Lanka to return to talks.

Sri Lanka has said the EU’s demands are a violation of its sovereignty and part of a Western campaign to punish it over the conflict.

Rajiva Wijesinha, a member of Sri Lanka’s parliament, told Al Jazeera: “I don’t think it makes any sense for other countries to tell our country how to act. This is not diplomacy and it suggests that EU’s decision has a political angle to it.

“I think there are lots of ways to improve human rights in Sri Lanka but it would be a  mistake to tie our human rights record with our struggle against terrorism because the two are completely different.”

In February the EU said it was giving Sri Lanka six months to enact three UN accords on issues such as torture, children’s rights and civil and political rights, but no action was taken.

As a result from August 15, Sri Lankan fisheries products and clothing will be subject to new taxes.

EU officials have given no estimate of the financial impact of the loss of preferential treatment.

“We will not accept the conditions put forward by the EU,” Keheliya Rambukwella told reporters. “We are very clear on that.”

He added that the Sri Lankan government had made “alternative arrangements” and was looking at other markets to compensate for the losses.

The EU’s move is the latest example of the growing international criticism directed at Sri Lanka’s government for not examining abuses allegedly committed during the final phase of the country’s long-running civil war. 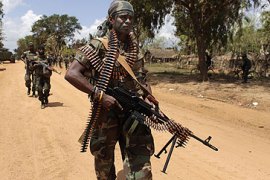 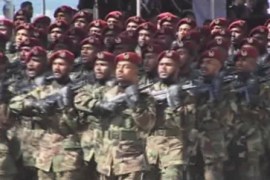 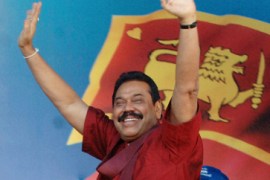 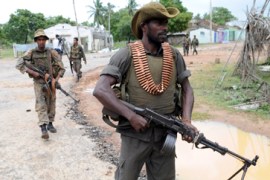